Egyptian carrier Air Cairo is aiming to build a fleet of 30 aircraft by March this year, having introduced three Embraer 190s as part of its modernisation programme.

The airline received the twinjets through Egyptian company CIAF Leasing, based in the country’s capital, which took delivery of the aircraft in December.

CIAF Leasing’s order for three E190s was unveiled during the Dubai air show in 2019.

Chief executive Salah Sahem describes the variant as an “excellent addition” to its E-Jet fleet.

Air Cairo has revealed that it had brought three E190s – registered SU-BVG, -BVH and –BVI – into its operation under an expansion plan which has taken its overall fleet to 24. 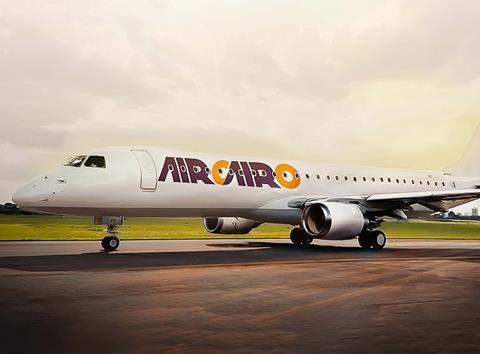 Air Cairo operates A320s and ATRs alongside the new E-Jets

Air Cairo says it expects to increase the fleet to 30 aircraft by March this year. This is in line with its aim to broaden its network to reach “the largest number of external and internal destinations”.

It says it operates to more than 40 cities and claims to have the largest domestic operation in Egypt.