The aircraft are intended to provide additional cargo capacity at Air France, already an operator of the A350 passenger variant.

Air France-KLM is taking up to eight A350Fs of which four are the subject of the firm order.

The group unveiled the freighter agreement at the same time that it selected Airbus to provide up to 160 single-aisle jets.

Air France-KLM brings to four the number of firm customers for the A350F, alongside Air Lease, Singapore Airlines and CMA CGM, and takes the number of jets on order to 22. 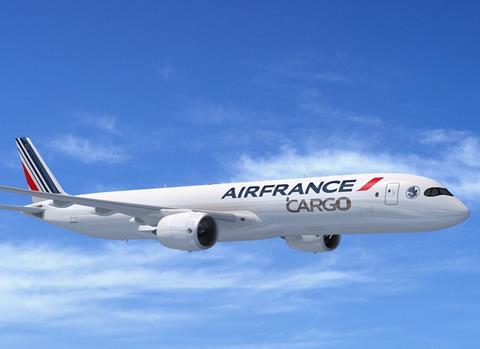 Middle Eastern operator Etihad Airways has also signalled that it will acquire the cargo model.

“We are gratified by the wave of early adopters who, like Air France, see the economics and environmental signature of the A350s as standing out versus alternatives, past, existing and future,” says Airbus chief commercial officer Christian Scherer.

Airbus intends the A350F to have a 109t payload capability. The aircraft will, like the passenger variant, be powered by Rolls-Royce Trent XWB engines.