Air Serbia is to undergo a change of leadership at the beginning of next year, with commercial and strategy director Jiri Marek taking over as chief executive.

He will succeed Duncan Naysmith who was appointed four years ago after Dane Kondic stepped down.

Naysmith has resigned for “personal reasons”, says Air Serbia, adding that he will move to another airline to take up a new post.

Marek will formally become the Serbian flag-carrier’s head on 1 January.

Air Serbia credits Naysmith with having achieved a “successful transformation” of the airline, and for leading it through the pandemic-driven air transport crisis.

The situation has “unfortunately slowed” the carrier’s development but it insists it is “rapidly recovering”, with the aim of returning to pre-crisis levels by 2023.

Air Serbia adds that it carried 2.8 million passengers in 2019 and had been recording “double-digit growth” in the first two months of 2020, before the onset of the pandemic. 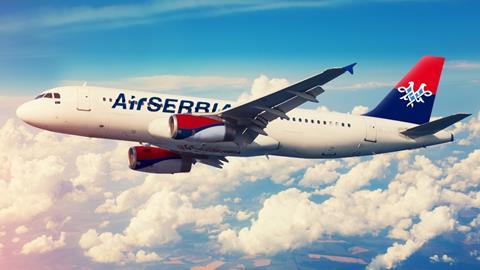