AirAsia has taken delivery of its first Airbus A321neo from an order for 353.

AirAsia has taken delivery of its first Airbus A321neo from an order for 353.

Configured with 236 seats in a single-class layout, the aircraft will be deployed on routes from Kuala Lumpur to points such as Bangkok, Kuching, Kota Kinabalu, Shenzhen, and Singapore, says Airbus.

An image provided by the airframer shows that AirAsia’s first A321neo bears the registration 9M-VAA (MSN 9139) and was painted in a special livery. 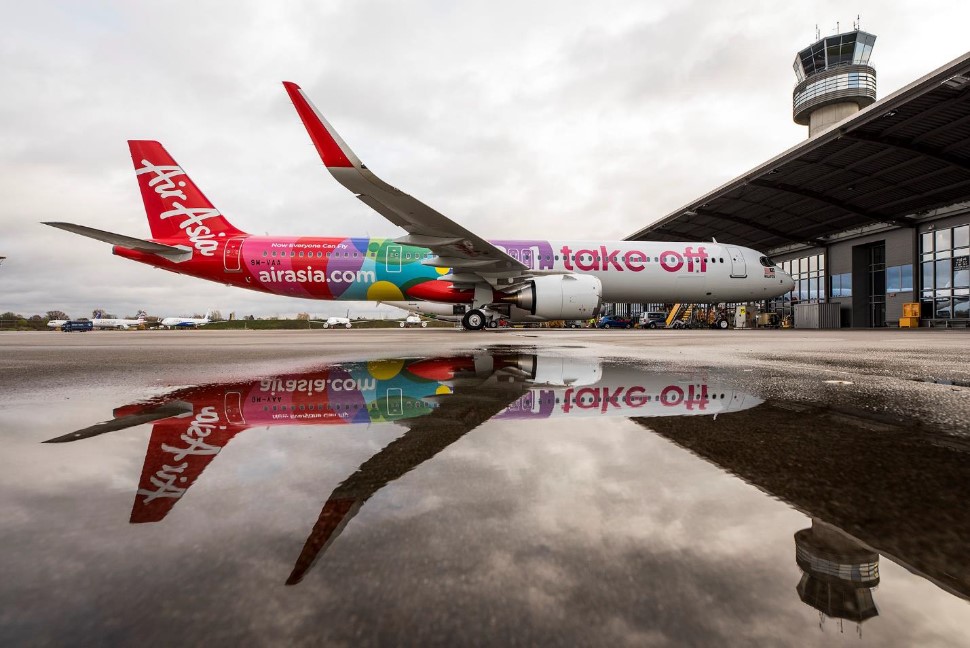 AirAsia Group first placed an order for 100 A321neos at the 2016 edition of Farnborough air show. It then upsized the order to 353 at this year’s Paris air show by converting another order for 253 A320neo jets.

Cirium fleets data shows that 9M-VAA was part of the initial order placed in 2016. The jet is now owned and managed by AirAsia. A second A321neo, MSN 9248, is scheduled for delivery in January 2020.