The twinjet – powered by Pratt & Whitney PW1100G engines – was the first A321neo for which Airbus completed initial assembly.

But it was beaten to the variant’s maiden flight in February 2016 by the first CFM International Leap-1A version, MSN6839.

The PW1100G-equipped aircraft flew for the first time a month later. 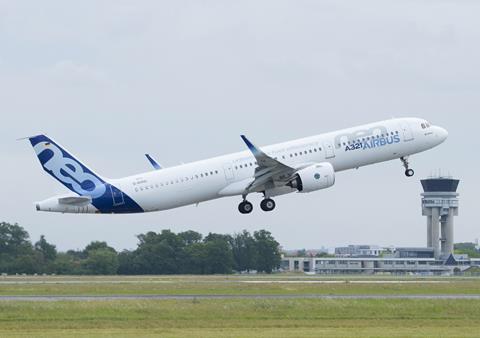 Airbus’s latest backlog information shows that it delivered an A321neo to VietJet Air on 28 April.

Cirium fleet data indicates this aircraft is MSN6673 and lists it as having been re-registered as VN-A540.

VietJet Air operates 18 A321neos of which 17 are aircraft delivered directly to the budget carrier from its order for 138.