Alaska Airlines appears to have dropped the order for 30 Airbus A320neos it inherited during its merger with Virgin America three years ago.

Airbus’s latest backlog figures, to the end of October, reveal a cancellation for 30 A320neos and the aircraft are no longer listed against Alaska’s total.

The airline had previously indicated it would ditch the order as it looked to phase out older A320s and pursued agreements to take Boeing 737 Max jets. 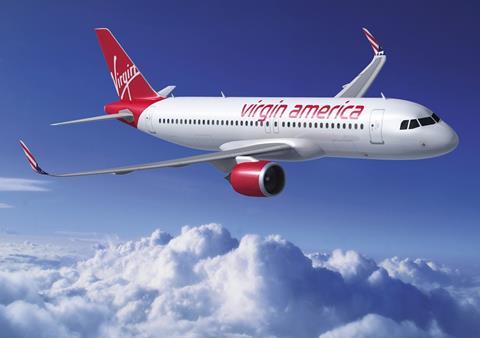 It still has 10 A321neos operational within its fleet.

Airbus has listed new orders for 15 A321neos from UK leisure carrier Jet2, as well as six A321neos for Turkey’s Pegasus Airlines, plus a single A320neo for Sky Express.

No new agreements for long-haul aircraft were recorded in October.

Virgin America, the original launch customer for the A320neo, deferred delivery of the 30 aircraft to which it had committed and the order – along with its 10 leased A321neos – was eventually absorbed by Alaska Air Group.