Brussels Airlines is to introduce a pair of Airbus A320neos in 2024, supplementing three of the type due to arrive next year.

The carrier says its board of directors has approved the expansion.

“Fleet renewal is the most powerful measure to reduce carbon dioxide and noise emissions from flights,” it adds.

Brussels Airlines says it intends to halve its 2019 carbon emissions by 2030, and reach carbon neutrality by 2050.

“That is not the case today,” says Gerber. 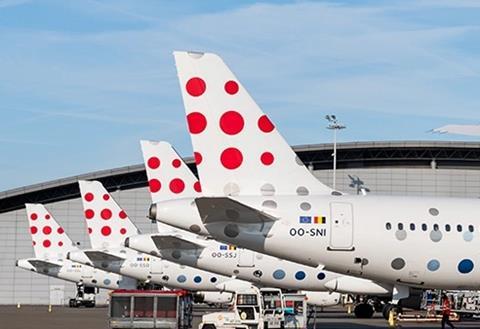 Brussels Airlines is using fleet replacement as a carbon-reduction strategy

It states that the replacement of A319s with A320neos will lower fuel use per flight by 11%.

It will also increase frequencies to a number of other destinations on its network. The airline will increase European capacity with two A320s next year and wet-lease a pair of Bombardier CRJs from CityJet.