Brussels Airlines has given an insight into the complexity associated with the enforced long-term parking of its aircraft fleet during the coronavirus crisis.

It has newly extended the grounding until at least 15 May, and over 50 aircraft in its all-Airbus fleet are being sealed and parked at the Belgian hub, using taxiway capacity, with minimal airlift on standby for repatriation or necessary freight transport. 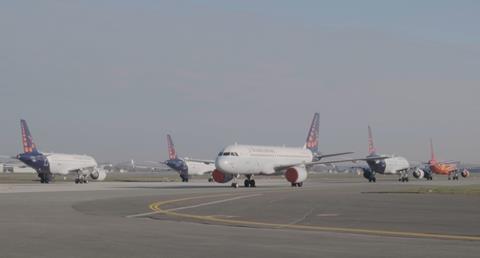 Brussels Airlines has parked a fleet of more than 50 jets

Some 400 man-hours are needed just to deal with an Airbus A330, because the manufacturer has outlined specific instructions to ensure that the jets are safely stored.

“If you think this is a simple task,” says the airline, “you should guess again.”

While there are obvious measures to take, such as covering the engines, the carrier points out that multiple other tasks are necessary to preserve the aircraft’s condition and make sure it will be ready to resume operations. 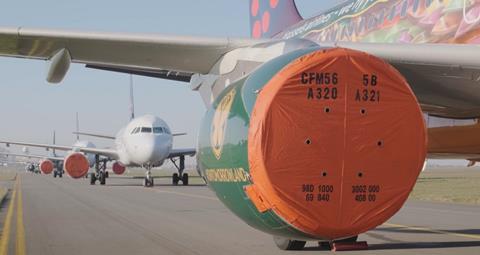 Dormant engines are shielded from the effects of prolonged exposure 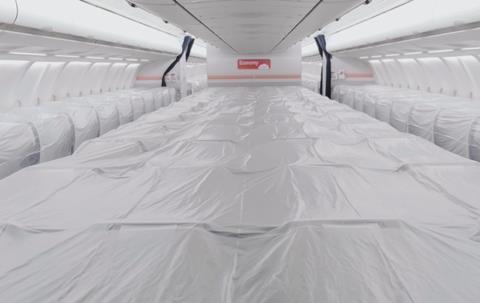 Sunlight exposure can fade or decolour interior fittings, so windows need to be taped, while the landing-gear has to be wrapped to prevent both corrosion and – particularly given the season – the risk of birds attempting to nest in the undercarriage bays.

“All our seats are covered as well, to keep them crisp and clean,” the carrier adds.

Even after the aircraft has been stored, it needs attention, testing and monitoring. Tyres are rotated to prevent flat spots developing under the weight of the aircraft.

While virtually all of the carrier’s 4,200 staff have been temporarily laid off, Brussels Airlines says 30 maintenance personnel are continuing to work full-time to carry out the fleet upkeep. The airline is also working on a resumption strategy, stating that it is drawing up plans for a “reduced but stable” programme of flights. 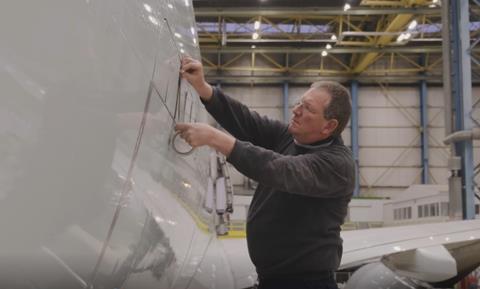 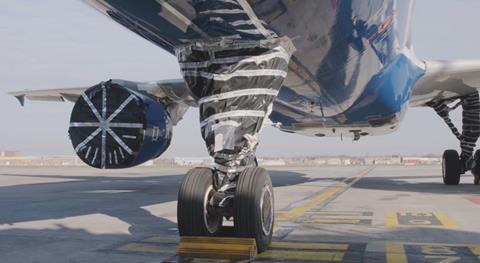