Cathay Pacific appears to have converted a pair of Airbus A350-1000s to the smaller -900 variant, the Hong Kong-based carrier’s half-year accounts indicate.

But Cathay’s first-half financial results state that the airline has outstanding orders for six of each variant, indicating a conversion of two -1000s to -900s.

The airline converted 16 of the -900 orders to the larger variant and underpinned its confidence in the aircraft by adding direct orders for 10. 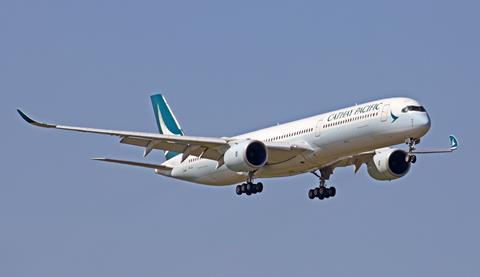