Croatia to take A220s including -100s from Air Lease

Croatia Airlines is to take six of its new Airbus A220s from US lessor Air Lease, including a pair of A220-100s.

The airline is intending to modernise its fleet with up to 15 A220s, and placed a firm order with the manufacturer for six of the type, all the -300 variant, at the end of November last year.

Air Lease states that it will supply another six, which it will deliver to the carrier over the course of 2024-25.

It states that the twinjets – powered by Pratt & Whitney PW1500G engines – will be sourced from its order backlog with Airbus.

Croatia Airlines opted for the A220 having previously planned to renew its fleet with A320neos. Its order for four A320neos was removed from the airframer’s backlog when the A220s were listed. 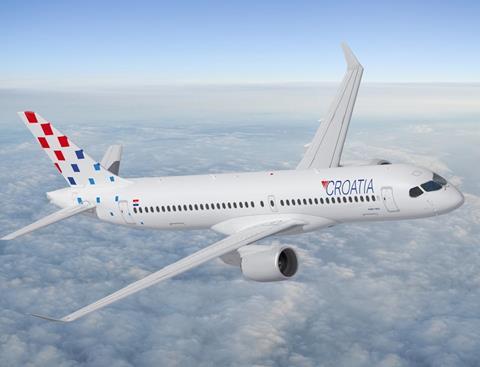