Cyprus Airways is to expand its network to the major European capitals of Paris and Rome, with year-round services from mid-December.

The airline currently operates to seven regional destinations from its Larnaca base: the Greek cities of Athens, Thessaloniki, Rhodes and Heraklion, plus Beirut, Tel Aviv and Yerevan.

Cyprus Airways states that it is to broaden its network to Paris Charles de Gaulle from 16 December, operating three-times weely.

It will follow this with a Rome Fiumicino service, flying twice a week, beginning on 20 December. 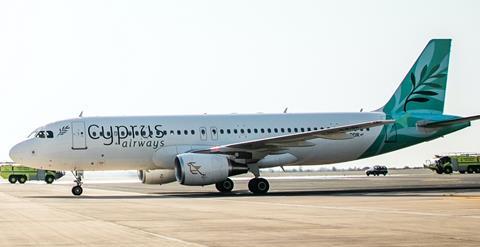 “Both [Paris and Rome] are important gateways for incoming tourism and business travel to Cyprus,” he says.

Cyprus Airways emerged in 2016 as a successor to the island nation’s flag-carrier with the same name.