Delta Air Lines says it has successfully acquired the 20% equity stake in LATAM airlines group for $1.9 billion, completing a deal it had announced earlier this year.

“We look forward to working with LATAM to create a truly world-class partnership that will give our customers unparalleled access throughout the Americas,” says Steve Sear, president - international and executive vice president - global sales of the Atlanta-based airline on 30 December. “Equity investments like this help create alignment within our partnerships as we bring together our brands, enabling us to provide the very best service and reliability for our shared customers.” 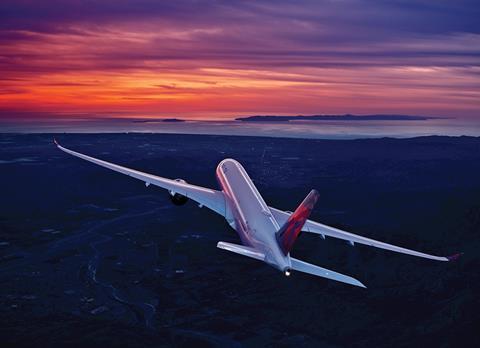 In September, Delta and LATAM unveiled a strategic partnership, which the airlines say promises to “unlock growth opportunities for both airlines and offer significantly expanded travel options for customers, with access to 435 destinations worldwide”.

Following a Chilean court’s decision to deny American Airlines a proposed joint venture with Santiago-based LATAM Airlines in May, competitor Delta jumped in to invest the $1.9 billion for 20% of the Latin American airline. The aim was to gain a greater foothold in the heavily contested North America-South America market.

Subsequently, LATAM left American’s Oneworld alliance leaving American without a major partner in what had traditionally been its strongest region.

Later in the year, LATAM said it would end its codeshare deal with American on 31 January 2020, and begin codesharing with Delta for flights operated by certain LATAM affiliates in Colombia, Ecuador and Peru beginning in the first quarter of 2020.

Delta says the enhanced cooperation and codeshare agreements are subject to governmental and regulatory approvals.