El Al is projecting a $200 million improvement in its earnings in 2024, compared with the average figure achieved over 2017-19.

The airline has put the forecast to investors as it seeks to raise $75 million by September 2021 as part of a financial package which would also include a $300 million loan.

El Al says it also has potential for a further $115 million reduction of expenditure through various measures, including $60 million generated from “streamlined” salaries. 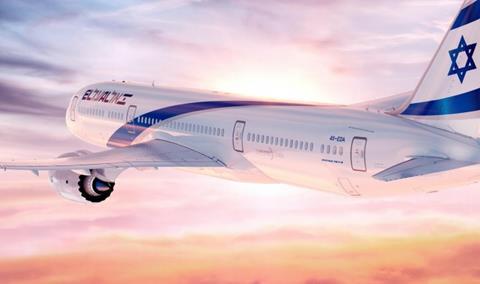 It states that the 2020-21 financial results are “sharply affected” by the crisis but are “irrelevant” to understanding the long-term trend for the company.

El Al has sought to cope with the financial impact through a rescue package including a $150 million share issue, which resulted in Kanfei Nesharim becoming the controlling shareholder with a 43% stake.

It has achieved deferral of loan and lease payments amounting to $100 million, obtained bridge loans from Kanfei Nesharim, and put in place other measures to shore up its finances.

El Al says it is in the “final stages” of securing a $300 million state-backed loan by the end of February, linked to the new effort to raise $75 million in capital.

It has already reached new employee agreements including a 30% cut in jobs, and returned five Boeing 737-800s to lessors – with the possibility of withdrawing another six, depending on future demand.