Industry will have to “tough it out” for the remainder of this year as it reels from the coronavirus pandemic, but Clark is optimistic that business will begin to improve gradually during 2021.

Emirates Airline president Tim Clark says the airline industry will have to “tough it out” for the remainder of this year as it reels from the coronavirus pandemic, but is optimistic that business will begin to improve gradually during 2021. However a full recovery could be several years away and will likely be driven by the availability of a vaccine, he warns.

“In general terms what we’re seeing is a $15 trillion torpedo hit the global economy and it’s crippled many sectors – transportation and leisure are just a few of the casualties,” said Clark during an Arabian Travel Market webinar on 1 June. 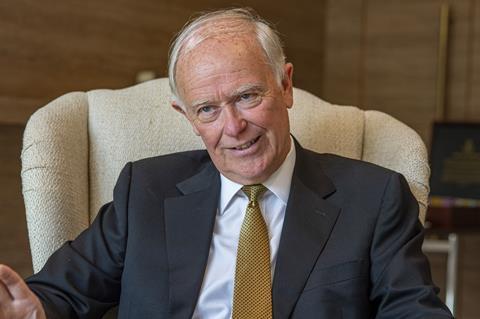 Clark: We had targeted that the second half of May, believing things would start moving. But clearly they haven’t

The airline effectively ceased passenger operations on 25 March, and has grounded all of its 115 Airbus A380s. However, a large part of its Boeing 777 fleet has remained operational by virtue of a switch to cargo flights. This move – in response to the urgent global need for cargo capacity - has helped stave off the cash-flow crisis caused by collapse in passenger demand, says Clark.

“We converted ourselves into a mini UPS – today we have 85 -300ERs flying, and 11 777Fs on top of that, so 96 of our fleet of 153 777s are operating,” he says. “That’s not going to deal with the loss of passenger income but it keeps the wolf from the cash door, which is the real bugbear of the airline industry at the moment.”

Clark says that the pace of recovery in passenger demand has been slower than hoped so Emirates is having to evaluate adjusting the size of the carrier.

“We had targeted that the second half of May, believing things would start moving. But clearly they haven’t. So we’ve had to consider what the sizing of the airline was going to be.”

Clark believes the concept of introducing social distancing in passenger cabins “doesn’t stack up for anybody” as the industry operates on high volumes and low margins. “And equally on the environmental side, it makes no sense to fly half-empty aircraft,” he says.

While the airline industry will adapt operations to minimise the risk of contamination through introducing cleaning regimes, protective clothing and masks, Clark says he is betting on the recovery being powered by the creation of a vaccine.

“I’m not overly optimistic about what is going to happen in the meantime. We’re just going to have to tough it out.”

Clark forecasts that demand will recover “to some degree of normality” during 2022-2024 by which time “Emirates will be operating its network as it was”.