Oneworld alliance carrier Finnair is to branch into long-haul operations from the Swedish capital Stockholm, operating to destinations in the USA and Thailand.

The airline will operate Airbus A350-900s on the services to Miami, Bangkok and Phuket during the winter season.

It is stepping into the main base of SAS and picking up long-haul routes previously abandoned by budget carrier Norwegian last year.

Norwegian had been operating Boeing 787 services from Stockholm to the USA and Thailand, with destinations including Bangkok and Florida’s Fort Lauderdale.

The carrier had claimed at the time of its decision that the long-haul market from Scandinavia was “not large enough” to maintain intercontinental flights from the Nordic capitals. 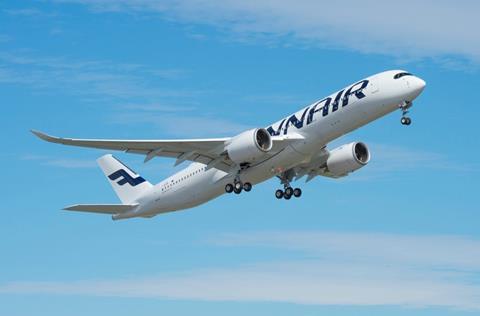 But Finnair is confident that there is sufficient demand in the Swedish holiday market for a five-times weekly service to Bangkok from 22 October – rising to seven in November – and continuing to 22 April 2022.

It will serve Miami twice-weekly from 23 October, increasing to four-times weekly at the end of November. Phuket will initially be a weekly service but increase to three-times weekly.

Finnair, which already operates to all three destinations from its Helsinki base, will be competing with Scandinavian rival SAS which has disclosed that it plans to resume services from Stockholm to Miami on 1 October, as it rebuilds its US network.

Norwegian has recently re-entered the Swedish market but only on short- and medium-haul routes following its decision to axe its long-haul division.