Finnair to put A330 capacity on three Nordic links to Qatar

Finnair is to deploy substantial Airbus A330 capacity on new services to the Qatari capital Doha, operating not only from Helsinki but Stockholm and Copenhagen.

The twinjets will be used as part of a long-term strategic co-operation agreement between Finnair and its Oneworld alliance partner Qatar Airways.

Finnair has been looking to restructure its network owing to the difficulties in operating key Asian routes, arising from the persisting pandemic restrictions and exacerbated by the closure of Russian airspace.

The airline’s concern over its ability to operate the A330s fully led it to record an impairment against the four owned A330s in its half-year financial accounts.

All three of the new Nordic links will be operated seven-times weekly.

Finnair says it is also “exploring” additional services to Doha originating from another European city. 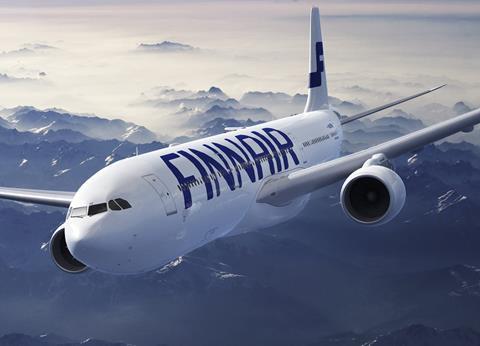 The new routes will marketed jointly by the two airlines and operated with a codeshare agreement, providing connections to Qatar Airways destinations as well as the Nordic network of Finnair.

Finnair says the new services will open in November-December this year.

The A330s will be configured in three classes, including a premium-economy cabin.

“This strategic partnership demonstrates our commitment to the Nordic markets and strengthens our position as the leading Middle East carrier in this important region,” says Qatar Airways group chief Akbar Al Baker.

“This partnership will be the foundation for the future expansion here.”