It says that the board approved the extra investment of $2 million on 30 November.

Investment partner Kenneth Woolley has similarly contributed in order to maintain the ownership balance in which Global Knafaim Leasing holds 49.9%.

The lessor’s board has also approved additional investment of up to $1.5 million, depending on what is needed, to the end of the second quarter of next year.

Global Knafaim says that Tus is a relatively new “stand-alone” company and is being funded from continuing operations and owner investments, rather than external entities. 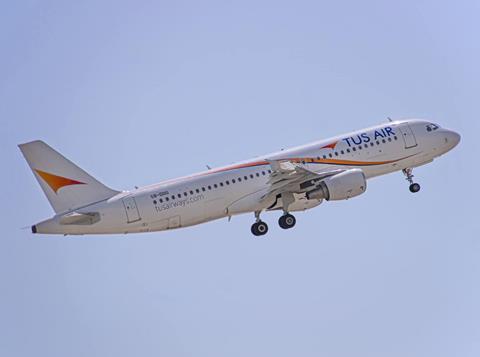 Cypriot-based Tus operates A320s on routes to Greece, Israel and other destinations

The lessor is to undertake a rights offer to its shareholders amounting to some 21 million shekels ($6 million), with some of the proceeds to be used for the Tus investment.

Global Knafaim had previously provided, in June, a loan of $2 million to Tus with a term of two years unless the lessor embarked on a capital raise to repay it sooner.

Tus Airways operates a fleet of five Airbus A320s, one of which has been operating as a wet-lease for another carrier until March next year.