British Airways and Iberia parent IAG is intending to scrap its planned acquisition to take over Spanish operator Air Europa.

IAG states that discussions to “terminate the agreement” to acquire Air Europa are “at an advanced stage”.

Under the proposal Iberia would have taken over the entire share capital of Air Europa from Globalia, as part of a strategic measure to reinforce IAG’s Madrid hub.

IAG has yet to elaborate on the decision.

But the planned acquisition – unveiled in late 2019, a few months before the onset of the pandemic – had run into obstacles not only as a result of the air transport crisis, but also from competition regulators.

IAG has originally envisioned acquiring Air Europa for about €1 billion but, at the beginning of this year, disclosed that it had renegotiated the deal to halve the price to €500 million, with the aim of closing the purchase in the second half of 2021.

But IAG chief executive Luis Gallego had recently signalled doubts over the takeover, stating that he felt “less optimistic” about completing the acquisition. 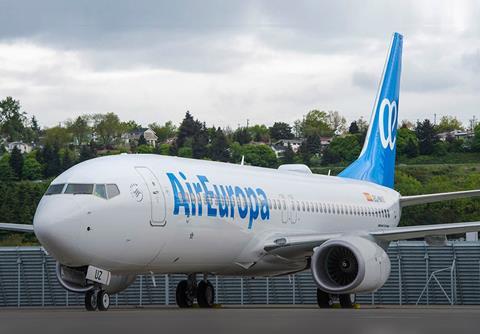