British Airways and Iberia parent IAG has received a strong response to the share issue undertaken to reinforce the company’s liquidity.

It has received acceptances for the entire batch of nearly 2.98 billion shares offered under the capital increase.

IAG says that, by the end of a pre-emptive subscription period on 26 September, investors had subscribed for 2.76 billion shares – nearly 93% of those available.

The remaining 215.9 million shares were then offered, on 1 October, to eligible shareholders who had already exercised their full subscription rights.

IAG reveals there was strong demand from shareholders to pick up these additional shares, with requests for more than 6.3 billion – over twice the number of the entire original issue.

As a result the remaining shares have been distributed in full, in proportion to the number requested by each shareholder, and no third round of allocation is necessary.

This third round would have involved the underwriters offering the shares in an underwritten international private placement. 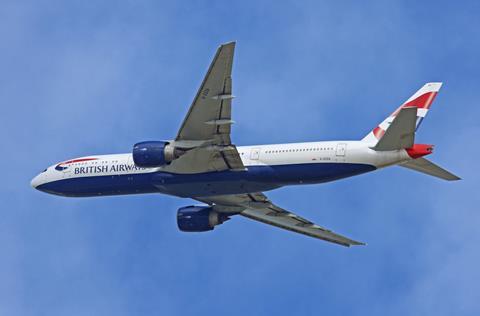 Each existing shareholder was entitled to acquire three of the newly-issued shares for each pair of shares already owned, for a price of €0.92 – valuing the full share offer at €2.74 billion ($3.2 billion).

Qatar Airways had previously agreed to maintain its 25.1% stake in IAG by subscribing for its full entitlement of 750 million shares.

Several current or former IAG directors – among them Antonio Vazquez, Willie Walsh, Luis Gallego and Javier Ferran – had also committed to take up their entitlement either in full or in part.

IAG says it expects the newly-issued shares to commence trading on the Spanish stock exchange on 7 October.