Icelandair Group has notified that it is exiting the government-guaranteed credit facility which has been in place to support the company since September 2020.

It entered agreements with the Icelandic government, as well as the financial institutions Islandsbanki and Landsbanki, for a credit facility worth up to $120 million.

While it was intended to provide liquidity in case of prolonged problems, the facility – which had a two-year drawdown period and included a 90% government guarantee – has not been used.

Icelandair Group says it has “successfully navigated” the air transport crisis and emerged with a “strong financial position” following a restructuring effort.

“It is gratifying to announce our termination of the government-backed facility almost eight months ahead of schedule and without ever having had to draw on it,” says chief executive Bogi Nils Bogason. 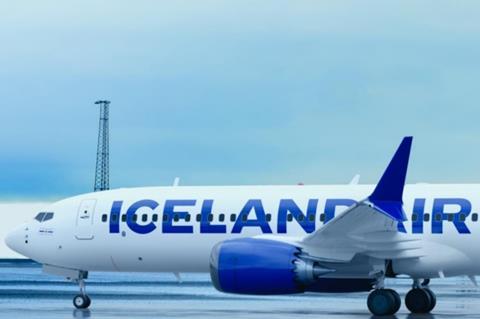 He says the group’s airline capacity has risen to 65% of pre-crisis level, and that Icelandair has an ambitious schedule planned for summer 2022.

“Alongside the successful ramp-up of our operations, we strengthened our team and recruited almost 1,000 employees during the year,” adds Bogason.

“As the aviation industry moves closer to normal operations, I am confident that we have what it takes to reach our primary objective coming out of the pandemic – to return to sustainable operating results.”