The agreement with lessor Aviation Capital Group centres on two 737 Max 8s – which will be covered by sale-and-leaseback – and a single Max 9, which will be under a finance lease.

Icelandair’s arrangement will complete the financing of all 12 737 Max jets that the flag-carrier ordered in 2013 – an order which originally featured 16 aircraft before being revised down to 12 last year. 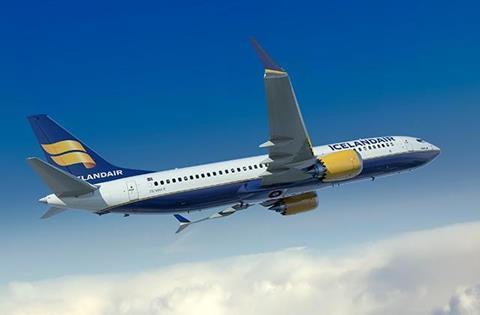 The airline currently has six Max 8s and three Max 9s in its fleet.

All three of the outstanding aircraft are due to be delivered to the airline over the two-month period from December 2021 to January 2022.

Icelandair Group says it will not need to exercise the backstop financing it had put in place for them.