The orange-purple colour scheme on the jet (VT-YAA) features a stylised ‘A’ on the fin, with the design inspired by birds, an aircraft wing, and the sun.

Akasa unveiled an agreement last year to acquire 72 of the jets, including the Max 8 and the high-density Max 8-200 variants.

It has been aiming to open services for the summer season, and have 18 aircraft in operation by the end of its fiscal year. The carrier says it will combine “efficient customer service” with “affordable fares”, in order to meet increasing demand for travel in India. 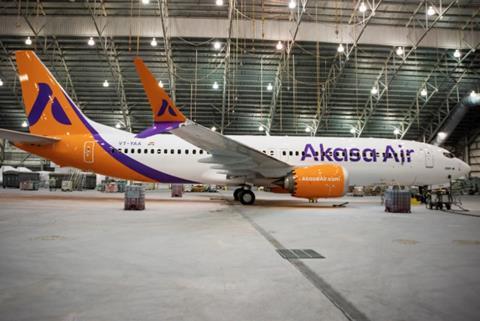