German entrepreneur Heinz-Hermann Thiele has died, a year after he emerged as a substantial shareholder in Lufthansa Group and threatened to reject a crucial bail-out for the airline company.

Thiele was the majority shareholder and deputy chair of rail and commercial vehicle systems supplier Knorr-Bremse.

The company says he “passed away unexpectedly” in Munich on 23 February, aged 79. Thiele took over Knorr-Bremse in 1985 and was its chief executive until 2007. 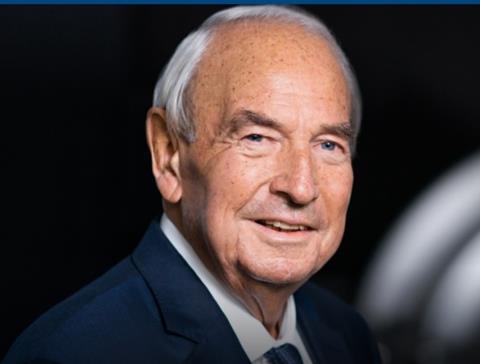 He became heavily involved with Lufthansa Group last year as the effects of the pandemic started to take hold, building up a shareholding in steps, from 3.8%, to 5.3% and then 10% over the course of March 2020.

While he did not plan to obtain any further voting rights, Thiele changed his intention – taking his stake to 15.5% in mid-June, ahead of a crucial shareholder vote on a €9 billion funding package to stabilise the company – after expecting a dilution of his interest.

Thiele had objected to aspects of the proposed stabilisation package and Lufthansa Group expressed concern that shareholders might fail to approve the entire agreement, potentially forcing the company to applying for insolvency protection.

But Thiele ultimately backed down from the threat, preferring to avoid risking pushing the airline into a financial crisis.

His shareholding reduced to 12.4% in July 2020 and remains at this level, the second-largest interest behind the 20% of the economic stablisation fund WSF.