It attributes the performance to a sharp increase in passenger numbers as travel restrictions were lifted in Kuwait.

Revenues for the three months to 31 March reached KD35.7 million, and load factor improved to just over 75%.

“Jazeera has focused in the first quarter on expanding its services and capacity in preparation of the launch of new tourist and high-demand destinations during the year,” says chairman Marwan Boodai.

These new services include flights to Prague and Vienna from June.

Boodai says the return of passenger demand illustrates a “latent and strong appetite” for travel.

Jazeera has enhanced its capabilities after being certified as an approved training organisation by Kuwaiti authorities, enabling it to carry out training programmes for pilots and cabin crew.

It has also been approved to conduct line maintenance on its aircraft. Jazeera uses a fleet of single-aisle Airbus A320-family jets. 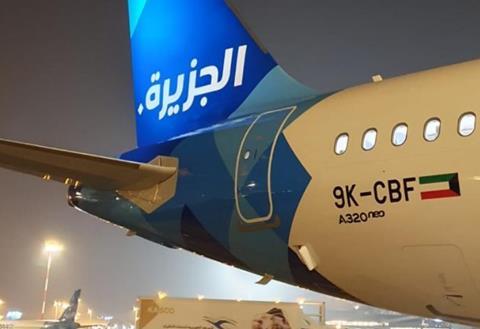