Lufthansa Group takes fleet impairment of €300m in first half

Lufthansa Group took an impairment charge of nearly €570 million over the first half, including €300 million relating to withdrawal of aircraft.

The company says the figure is connected to 65 aircraft which will be “permanently grounded”.

These aircraft comprise six Airbus A380s and five Boeing 747s, plus 11 Airbus A320s from the Lufthansa mainline fleet, as well as a pair of Lufthansa Cargo Boeing MD-11Fs.

Three Boeing 767s and 13 Bombardier Q400s will be removed from Austrian’s operation.

Removal of the A380s and 747s will reduce capacity at Lufthansa’s Frankfurt and Munich hubs in the long term, the company states. 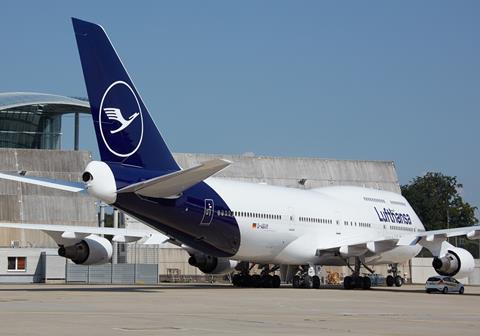 Lufthansa has also “temporarily” grounded 17 Airbus A340-600s, it adds: “Use of these aircraft in regular scheduled service is not planned for at least the next one, to one-and-a-half, years.”

The company says it has taken into account, during impairment tests of its business, the risk of further fleet adjustments – none of which has been decided.

Lufthansa Group’s financial planning to 2023 includes accepting a maximum of 80 new aircraft into the fleet, and deferral of new arrivals means the investment in new aircraft will be halved over the period.

The company is listing assets of €384 million as being held for sale at 30 June, adding that this includes aircraft with a book value of €61 million.

Lufthansa Group’s impairments for the first half also featured a €219 million charge, including €157 million linked to goodwill depreciation of Eurowings and the LSG US business divisions. Impairment of joint-venture holdings with Lufthansa Technik totalled €62 million.

Along with a €782 million fuel-hedging loss over the first six months, the impairments dragged Lufthansa Group’s net loss to €3.6 billion for the half-year.