It says the beginning of ticket sales “marks a milestone” for the carrier, which will operate a fleet of Boeing 787s.

“Whether travelling on business, leisure or simply wishing to explore the world, Norse now makes it possible for everyone to explore for less.” 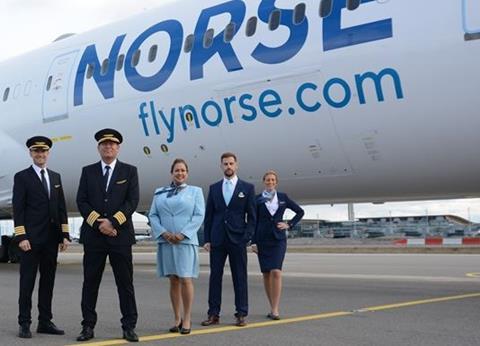 Norse aims to capitalise on demand for long-haul budget travel

Frequency of the New York service will increase over the space of a few weeks, to a daily rotation from 4 July.

Norse’s 787s are configured with premium-economy and economy cabins and the carrier has a three-tier fare structure, designated ‘Light’, ‘Classic’ and ‘Plus’.

It aims to expand shortly with transatlantic services from London and Paris, and intends to operate routes to additional US destinations.

“Not only are we directly investing in the countries that we operate by employing local staff we are also supporting job creation across the wider tourism and service industry,” says Larsen.