Icelandair Group is optimistic that it will be able to start ramping-up its network in the second quarter of this year, and intends to return its Boeing 737 Max fleet to service in spring.

The company has six 737 Max jets which have been grounded for nearly two years.

But it says that, following the recertification of the twinjet, it will restore the fleet to operation following “extensive updates and pilot training”.

“The aircraft is both cost-effective and more environmentally friendly, giving us additional operational flexibility during the ramp-up as well as supporting the future development of our route network,” it adds. 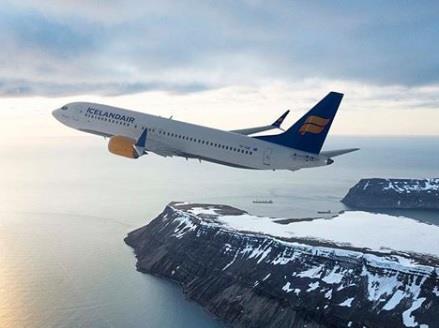 Icelandair Group states that it still faces “considerable uncertainty” and first-quarter 2021 demand remains “weak” but it has “assumed” a “modest” ramp-up can commence in the second quarter.

Continuing pressure in the fourth quarter, with revenues still down by over 80%, meant the company turned in a full-year net loss of $376 million for 2020, against a $58 million loss the previous year.

“I am confident that there will be plenty of opportunities for Iceland and thereby the Icelandair route network [after the crisis],” says chief executive Bogi Nils Bogason.

“Iceland will continue to be an attractive tourist destination and, due to changes in the competitive landscape, we also see additional opportunities for our transatlantic service.”