Transavia’s capacity returned to around 85% of the pre-crisis level for the same quarter, and load factor exceeded 78%.

Parent company Air France-KLM adds that the budget airline’s yield over the period “outperformed” the 2019 figure.

“The network has been adapted and redesigned with agility to accommodate high leisure demand from the Netherlands and France as well, with increase of capacity to Greece, Portugal and Spain,” it states.

Air France-KLM describes Transavia’s operating margin of 20% as “healthy” after the carrier generated revenues of €522 million for the quarter. 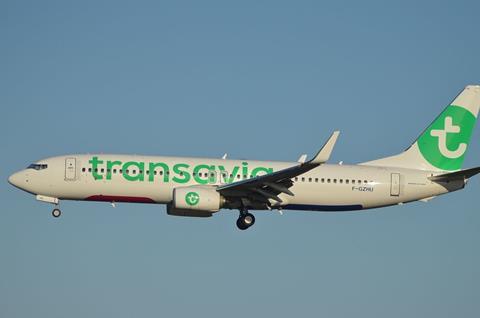 Operating losses for Transavia over the first nine months of the year, to 30 September, almost halved to €113 million.

Transavia introduced 10 aircraft to its French division during that period, part of an expansion strategy to take over French domestic services, and this fleet will rise to 61 by summer 2022. The carrier’s overall fleet – exclusively comprising Boeing 737s – reached 89 aircraft at the end of September.