South African Airways pilots have sought to more than halve the proposed number of employee retrenchments, and instead retain almost 3,100 personnel for the carrier’s relaunch, according to the country’s government.

But the proposal has been dismissed by the department of public enterprises, which insists it is “not prepared to accede” to the demands.

Pilot union SAAPA has not joined other employee groups in accepting the voluntary severance packages offered as part of the effort to restructure the carrier – a decision which has been criticised by the government.

The department of public enterprises claims that pilots would account for half of the R2.2 billion in funding set aside for severance.

SAA’s 600 pilots, it says, make up 45% of the payroll expenditure despite only representing 13% of personnel. 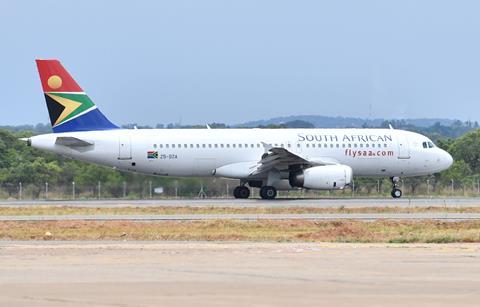 The department says it wants to “put on record” the cockpit union’s proposal to retain almost 3,100 staff – including 2,000 for start-up – rather than the initial 1,000 planned by SAA’s rescue practitioners.

But the department says the proposal, which includes other adjustments to the business plan, is not in the best interests of SAA, its staff, or its creditors.

It has told the union that the changes – involving a much larger number of employees, especially relatively expensive pilots – would “exacerbate a prolonged economic recovery”.

“They would cause the base costs of starting a new airline to be substantially higher, unaffordable and unsustainable,” it adds.

“What [the pilot union] fails to recognise and accept is that the terms and conditions of employment of the pilots is still based on the premise that SAA is an internationally competitive and profitable company.

“The reality is that SAA in its current form is financially unsustainable, insolvent and is in business rescue.”

Creditors are due to vote on the business rescue plan for SAA on 14 July.