Saudi Arabian flag-carrier Saudia is intending to acquire up to 70 aircraft including long-haul Boeing and single-aisle Airbus jets, according to local financial publication Maaal.

The Saudi outlet, citing its own sources, claims Saudia is looking to purchase Boeing 777s and 787s as well as Airbus A321s.

Saudia had previously indicated plans to build a fleet of 200 aircraft by 2020, before the interruption of the pandemic.

Its Flyadeal budget division has previously signalled that it will acquire up to 50 A320neo-family aircraft after opting to abandon an earlier agreement to take the Boeing 737 Max.

No clarity has been given as to whether any of the 70 aircraft in the Maaal report were included in earlier provisional agreements.

But the publication says Saudia is negotiating with local banks for a SR11.5 billion ($3 billion) loan to cover part of the acquisition funding. 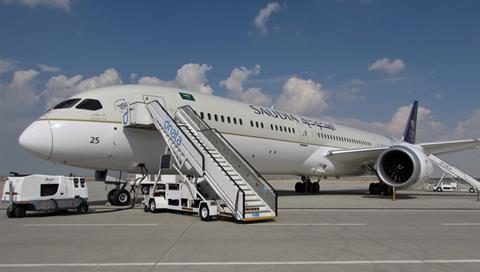