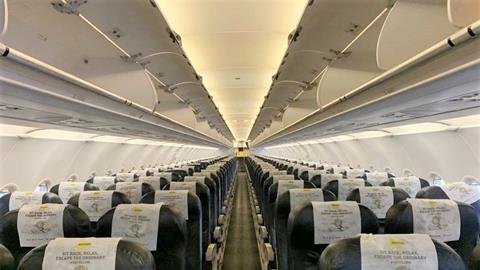 Scoot converts A320 into temporary freighter

The aircraft, registered 9V-TAZ, underwent a four-day modification programme earlier this month. That involved the removal of all 180 seats, as well as the installation of placards to demarcate areas where cargo can be placed. 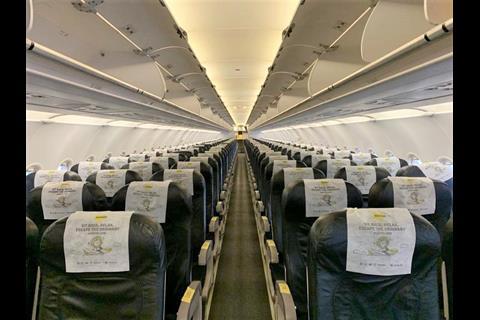 Scoot Airbus A320 9V-TAZ before modification. 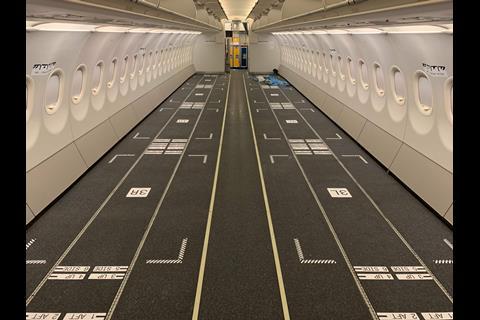 Scoot Airbus A320, registered 9V-TAZ, with all seats removed in the passenger cabin. 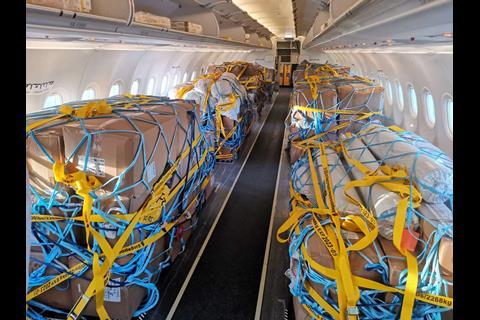 Scoot's Airbus A320, registered 9V-TAZ, with all cargo loaded in the passenger cabin. 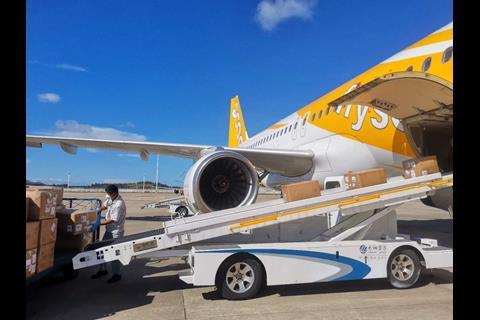 Cargo being loaded into Scoot's Airbus A320 at Fuzhou.

The modifications will double the aircraft’s cargo-carrying capacity to nearly 20t, says Scoot. It adds that the A320 will enable it to serve smaller airports in its network.

The aircraft has already flown its first charter flight on 22 August — from Fuzhou to Singapore, carrying 13t of cargo in both its bellyhold and cabin — and has another four such flights scheduled for the rest of the month.

The Singapore Airlines Group carrier will also convert a second A320, registered 9V-TRN, this month into a temporary freighter.

Cirium fleets data indicates Scoot first took delivery of 9V-TAZ in 2011. It was temporarily stored in Kuala Lumpur in March — amid the coronavirus outbreak during which Scoot suspend nearly its entire network — before being ferried back to Singapore in August, likely for modification works.

Calling the modifications the “biggest undertaking to date”, Scoot chief executive Campbell Wilson says: “With many passenger aircraft sitting idle due to the pandemic, Scoot started operating cargo charters to carry essential supplies as an alternative revenue stream. Since then, we have been growing our cargo capacity and capabilities to remain competitive while providing more value for our customers.”

Since March, Scoot has operated more than 200 cargo charter flights to and from 10 cities in its network, including to Taipei, Hong Kong, Guangzhou, as well as Sydney. It began with its Boeing 787-9s, loading cargo into the bellyhold, before utilising its A320s in May.

Story updated with information about the second A320.