Russian regional operator Siberian Light Aviation has overhauled its management structure, following two serious accidents, one of them fatal, in the space of two months.

SiLA had been operating a PZL-Mielec An-28 on the Kedrovy-Tomsk route on 16 July when the aircraft suffered a dual engine failure, flipping over while making an emergency landing in a field.

All those on board the aircraft survived the accident.

But on 12 September a Let L-410 turboprop crashed in a forest near Kazachinsk, with the loss of four of its 16 occupants.

The aircraft had been operated by SiLA subsidiary Aeroservis on a flight from Irkutsk. 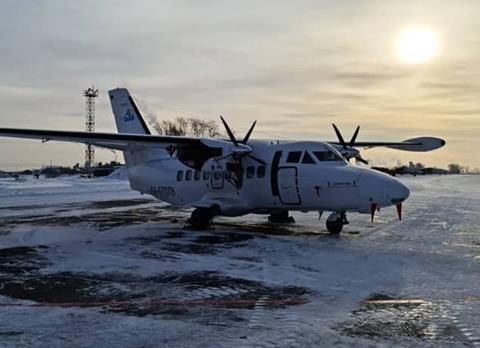 SiLA has also appointed a new head of Aeroservis, naming Evgeny Sivtsov to the positon of acting general director. Sivtsov was formerly the deputy general director for ground support.