Air Greeland has formally placed its order for a single Airbus A330-800, nearly a year after disclosing it had selected the twinjet to replace its A330-200.

The carrier will receive the aircraft in time to ensure long-haul continuity between Greenland and Denmark from the end of 2022.

Chief executive Jacob Nitter Sorensen says the aircraft is a “fundamental part” of its fleet, and the A330-800 will be the “perfect fit” for the service. 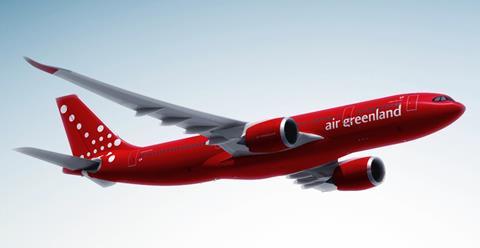 Modernisation to the A330neo will involve a change of engine supplier as the new aircraft is exclusively fitted with Rolls-Royce Trent 7000s.

Airbus has experienced a rough year for long-haul aircraft business. The agreement is its first for a widebody since the end of March.

It had not secured any A330 orders for 2020 by the end of November. While it had listed orders for 21 A350s – from Air France, Air Lease, and an undisclosed customer – the cancellation of previous agreements for 22 A330s and A350s left the manufacturer with a widebody net order deficit.