Russian carrier Smartavia has introduced the first of three Airbus A320neo twinjets it is planning to receive this year.

Smartavia has newly-completed a rebranding programme. The airline was previously known as Nordavia and, before that, Aeroflot-Nord.

“We have done a lot of preparatory work before the introduction of this new technology into our fleet,” says chief executive Sergei Savostin.

He says the A320neo will be a “new milestone” in the airline’s transformation into a “highly efficient civil aviation enterprise”. Smartavia aims to be transporting 3 million passengers annually by the end of this year.

Originally delivered to Mexican operator Interjet in 2017, the A320neo has been re-registered as VP-BOS.

Smartavia becomes the latest Russian carrier behind S7 Airlines and Ural Airlines to operate the re-engined type. It says it intends to achieve annual utilisation of 5,000h for each A320neo in its fleet. 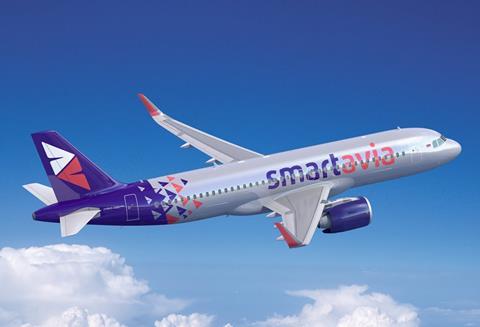