South African carrier Comair has become the latest operator in the country to enter business rescue, as it aims to restructure to deal with the coronavirus crisis.

“While we had started making good progress to fix the financial situation six months ago, the crisis has meant we have not been able to implement it as we intended,” says chief executive Wrenelle Stander.

The airline has been badly affected by the South African government’s lockdown in response to the outbreak. It has been unable to operate passenger flights since 26 March.

“We completely understand and support the government’s reasons for implementing the lockdown, however as a result we have not been able to operate any flights,” Stander says.

“Now that the phased lockdown has been extended the grounding is likely to endure until October or even November. These extraordinary circumstances have completely eroded our revenue base while we are still obliged to meet fixed overhead costs.”

Stander says applying for business rescue is the “only responsible decision”, adding that Comair “remains solvent”. 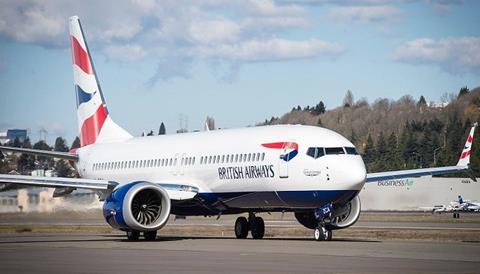 Joint business rescue practitioners Shaun Collyer and Richard Ferguson have been appointed as of 5 May, and Comair is suspending trading on the Johannesburg stock exchange with immediate effect.

“Through this process we intend to right-size our operations to be more efficient, agile and customer-centric,” says Stander, adding that it means rejigging the airline’s network, fleet and reviewing other aspects of its operation.