Newly-established Spanish operator World2Fly is seeking to open transatlantic services to US destinations.

The airline – which has ambitions to operate Airbus A350s – has obtained an A330-300 formerly used by Spanish carrier Air Europa.

This aircraft (EC-LXR) is powered by Rolls-Royce Trent 700 engines and was originally delivered to Orbest in 2010.

World2Fly says it intends to open services to Punta Cana, Cancun and Havana.

But the airline, based in Palma de Mallorca, has also filed to operate US flights under the ‘open skies’ pact between the USA and European Union.

In its submission to US authorities it says it expects to have an air operator’s certificate issued by Spanish regulator AESA around 1 March.

World2Fly has not detailed which US routes it is seeking to serve. 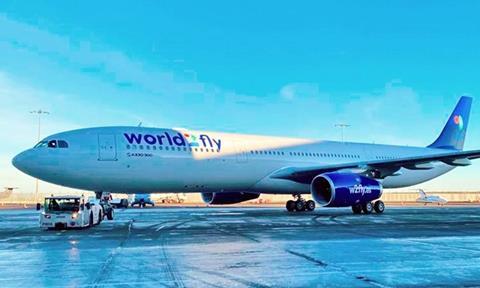 This ex-Air Europa A330 has been introduced by World2Fly