The aircraft, an Airbus A321neo, is fitted with CFM International Leap-1A powerplants.

Reykjavik-based Play has obtained its air operator’s certificate and is intending to launch services in June.

It has also indicated plans to open services to North America next year, potentially enabling it to provide a transatlantic bridge – a similar model to that of Icelandair.

Cirium fleets data lists Play’s initial twinjet (TF-AEW) as having originally been delivered by lessor AerCap to the Mexican operator Interjet in mid-2018. 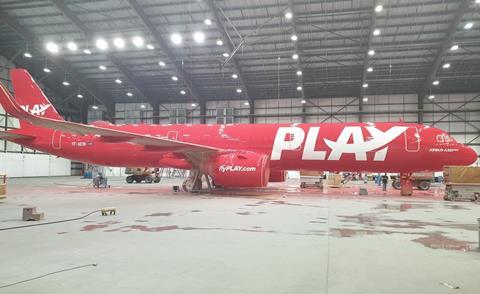