Zvonarov has been serving as deputy general director of Kyiv Borispol airport, the country’s main hub, for eight years.

The airline says he has gained 25 years’ managerial experience in “various industries”.

Dykyne has headed the flag-carrier since September 2019, overseeing the airline during the pandemic crisis and subsequently the Russian-Ukrainian conflict.

The airline has been forced to suspend normal services as a result of the conflict, and its latest estimate is that scheduled and charter flight operations will not restart until at least 22 November.

It has been offering various aircraft in its fleet to other carriers in the interim, in order to generate income through wet-leasing, charter or humanitarian flights.

Ukraine International says Dykhne is stepping down after three years having reached the end of his contract. 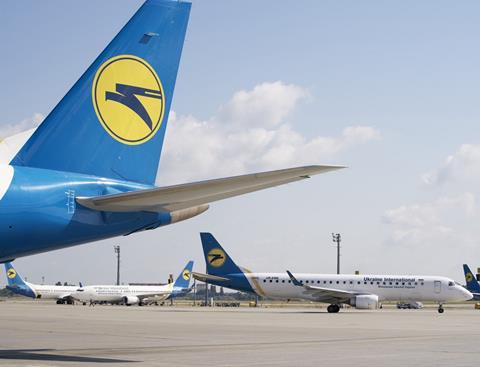