Ukraine International Airlines is transferring five Boeing 737-800s to Spain, as part of its response to withdrawal of insurance for Ukrainian carriers.

The airline is also taking the opportunity to send two aircraft to Belgrade for engine maintenance.

UIA states that the 737s are being moved to Spain at the request of lessors, but other aircraft will remain in the fleet.

It says it has received official notification from insurance firms regarding termination of cover for flights within Ukrainian airspace.

The airline says it is “constantly negotiating” with insurance firms and the country’s infrastructure ministry, as well as the civil aviation administration, in regard to the situation.

UIA is advising passengers that they are able to make changes to flights free of charge online. 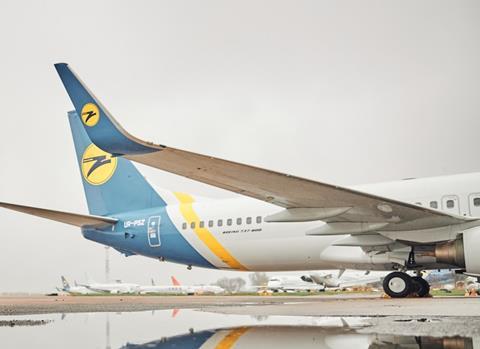