Ural Airlines picks up a pair of ex-Aeroflot A320s

Russian carrier Ural Airlines has introduced a pair of older Airbus A320s to its fleet, even as it modernizes with A320neo-family jets.

They were originally delivered to Aeroflot around 2008-09 but were placed into storage by the Russian flag-carrier last year.

Ural Airlines says they were transferred to its fleet after servicing in Ostrava in the Czech Republic.

It says the aircraft are “identical”, each configured with 140 seats featuring 20 in the business-class and 120 in the economy-class cabins. 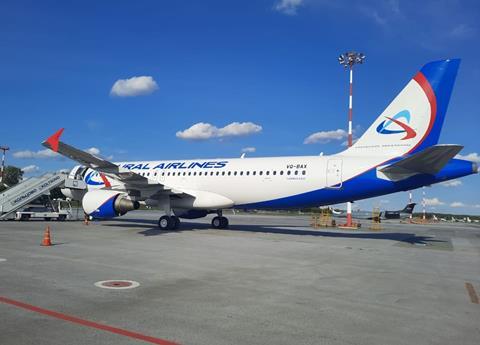 One of the two A320s (VQ-BAX) formerly operated by Aeroflot

Ural adds that they will operate both domestic and international services.

It is an all-Airbus operator and has been upgrading to the re-engined single-aisle family. Ural’s fleet of around 50 jets includes four A321neos and three A320neos.

Ural Airlines transported 3.76 million passengers over the first half of the year – more than the 2 million from the pandemic-hit period in 2020 but still 11% down on the level of 2019.