Ukrainian carrier SkyUp Airlines is continuing efforts to maintain whatever operations it can manage under the pressures of the country’s armed conflict.

The airline says it carried out 38 wet-lease services and 19 charter and humanitarian flights during April.

Over 5,000 passengers were carried on the wet-lease flights.

SkyUp says it operated routes from the Turkish cities of Istanbul and Antalya to Split, Athens, and Gdansk, as well as services such as Chisinau-Tel Aviv and Lisbon-Warsaw.

It managed six cargo flights – from Tel Aviv to Lublin and Chisinau, and Lisbon-Warsaw – with defence clothing, medicine, hygiene supplies and food.

SkyUp says that up to 40% of its team is involved in full- or part-time work through the various co-operation projects. 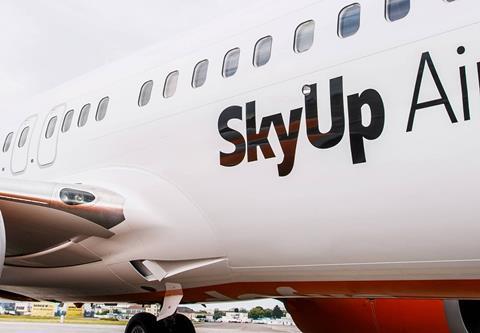 SkyUp has a fleet of 15 Boeing 737s comprising several variants