The memorandum of understanding, it says, reflects a “shared vision” between the two sides on the potential for Wizz to “stimulate new demand” in Saudi Arabia.

Wizz has not elaborated on its strategic thinking for the kingdom.

But it says the agreement will allow it to “explore airline market development opportunities”, working with the Saudi government to enable “potential investment and operating models to benefit and add to the Saudi Arabian aviation eco-system”.

The airline has already established itself in the Middle East through a United Arab Emirates joint venture, Wizz Air Abu Dhabi, in conjunction with holding company ADQ. This carrier is to double its fleet from four to eight Airbus aircraft in October this year.

“Wizz Air’s innovative and sustainable ultra-low-cost-carrier model is proven to develop markets by making air travel affordable for more people than ever before,” the carrier states. 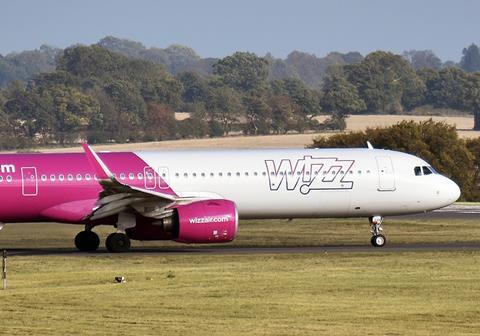 It believes it can provide a “significant contribution” to Saudi Arabia’s ambitious air transport growth plans.

Saudi Arabia’s tourism ministry has a national air connectivity initiative and the country is aiming to treble its passenger traffic by the end of this decade – part of a broad development programme called Vision 2030.

“This will provide unprecedented opportunities for airlines and the aviation supply chain,” says Wizz, which signed the preliminary agreement with the kingdom’s ministry of investment.