ANALYSIS: Jin Air strategises to stay ahead with long-haul foray

Jin Air could well be the first of several Korean low-cost carriers to step into the world of long-haul operations.

The wholly-owned subsidiary of Korean Air announced at a press conference this week that it will launch long-haul services in the second half of 2015, using Boeing 777-200ERs.

At the press conference, its chief executive Ma Won explained the rationale behind the move: “The LCC market in Asia has become extremely competitive. We’ve reached a point where we cannot remain profitable by operating only short and mid-distance routes. To find new markets and stay ahead of rivals, we decided to become Korea’s first budget carrier to launch a long-haul route.”

Asiana Airlines, who has said it is considering starting up yet another LCC, could now possibly contemplate a long-haul model to take rival Korean Air head on. 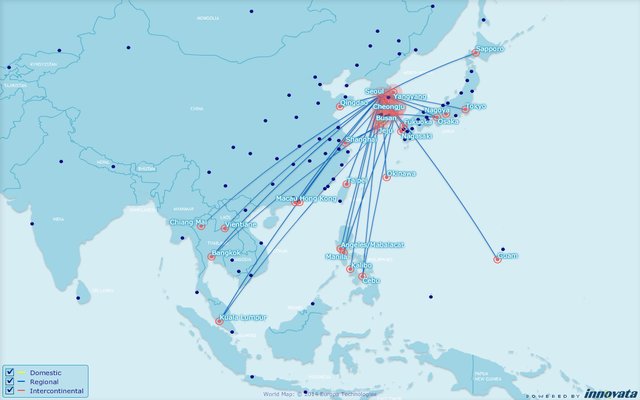 Frost & Sullivan’s aerospace consultant Sagar Shahane estimates that LCCs already dominate the domestic market with an up to 60% share. South Korea’s population of 50 million is also being served by an efficient and inexpensive rail network.

“There is a limit to which this (LCC’s domestic market share) can be increased…given the already high penetration,” says Shahane.

Jin Air on its part operates services to leisure destinations in North and Southeast Asia, with its sole domestic service being the Seoul-Jeju route. The carrier has yet to decide on its long-haul destinations, but has listed Europe and North America as possibilities.

Shahane believes that Jin Air could also provide connectivity to leisure destinations such as Phuket, Langkawi and Bali, which would exceed six hours of flight time. Owned by Korean Air, arrangements would also be made to ensure cannibalisation does not happen on the flag carrier’s key routes.

FlightMaps Analytics shows that there are direct services from South Korea to 27 destinations in Europe and North America. The four thickest routes in terms of seat capacity are from Seoul to Los Angeles, San Francisco, New York and Frankfurt. 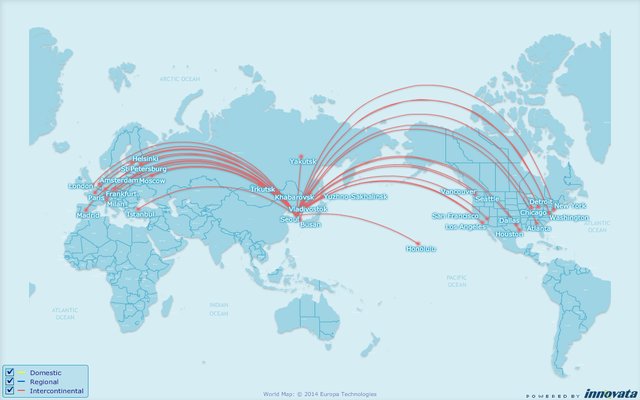 As expected, Korean Air dominates capacity to those destinations, accounting for 47.4% of all seats. Asiana Airlines comes in second with a 19.8% share, followed by Aeroflot with a 4.1% share.

The long-haul field will prove to be a different ball game, but the good news is Jin Air at least have years of LCC experience to aid in its path. Looking at the experience of AirAsia and Cebu Pacific however, both of which have ventured into the long-haul terrain, it will take deep pockets, plenty of hard work and sweat before Jin Air can score.