Thales, by its own admission, is not an aircraft manufacturer, but as far as unmanned air vehicles are concerned, it is involved in a number of significant programmes throughout Europe.

It is the prime on the WK450 Watchkeeper UAV for the British Army – a system derived from Elbit Systems’ Hermes 450 tactical UAV – and is involved in the Anglo-French Future Combat Air System (FCAS) unmanned combat air vehicle (UCAV) feasibility study, which aims to define what a system of this type could look like for future offensive operations.

In addition, it develops soldier-level systems such as its “Spy” range of fixed- and rotary-wing types, as well the Fulmar mini-UAV developed in Spain.

Watchkeeper – the most prolific system from Thales’ foray in the unmanned industry – had a tenuous beginning, following a long development programme and a longer award of a release to service with the army than anticipated.

This was eventually achieved in early 2014, allowing the system to embark on its first deployment to Afghanistan in August, during which the fleet carried out some 140 flight hours in an intelligence, surveillance, target acquisition and reconnaissance (ISTAR) role.

The first in-theatre flight took place on 2 September, followed by the first operational flight on 16 September. During the latter, Watchkeeper provided wide-area surveillance for the US Marine Corps using its Thales I-Master radar, which then cued the army’s leased Elbit Systems Hermes 450 to continue maintaining surveillance.

The information was then passed on so a General Atomics Aeronautical Systems MQ-9 Reaper UAV could be cued to carry out a strike on a target.

“In this case there were less personnel on the ground, so strike was necessary, but good ISTAR can decrease the need for kinetic action,” Palmer notes. 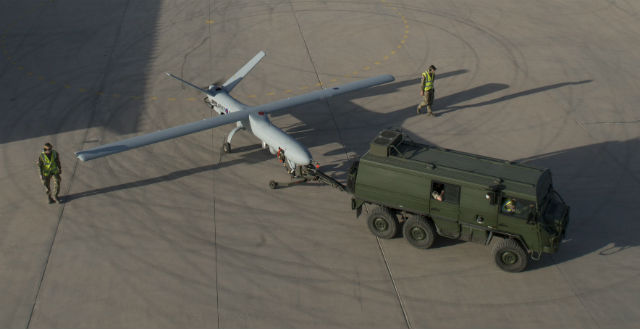 Now that the system is in service with the UK, the army is to assume responsibility for training on Watchkeeper as of October, as it heads towards full operational capability (FOC) with the system.

The programme will follow the same format as the training conducted by Thales, including classroom and theoretical training at a facility in Larkhill, Wiltshire and live training at the army’s Boscombe Down facility, also in Wiltshire.

Throughout the training process with Thales, selected army personnel have been trained both to operate the tactical UAV and to become instructors to pass on training to future operators.

The manufacturing contract with Thales is for 54 aircraft, which are still in the process of being delivered, although all 15 ground control stations are already with the UK Ministry of Defence. A full fleet of Watchkeepers is not yet required, Palmer claims, so deliveries to the army are not urgent.

Watchkeeper will undergo a gradual or “spiral” upgrade programme, and to achieve FOC a range of capabilities will be added to the system – namely de-icing, the ability to land on rough landing strips and mapping. Funding has already been allocated for this development cycle.

The system is currently being delivered in the first standard, and training is carried out to that configuration, but all systems will eventually be converted to the standard that will see the programme reach FOC.

“We’ve taken a lot of baby steps and now we’re striding forward,” Palmer notes. “At the current time the future programme contains nothing… it could contain anything. While still in its early days, we have a funded programme through to 2042.”

As far as future military sales are concerned, Watchkeeper is involved in two active programmes – one for France and one for Poland.

France will acquire a new tactical UAV under the Système de Drone Tactique programme, which has seen Watchkeeper pitched against the Sagem Patroller UAV.

A number of French personnel have previously been integrated with the British Army at point of deployment, and so went to Afghanistan to assist with the operation, although no French personnel are currently operating with the Watchkeeper. 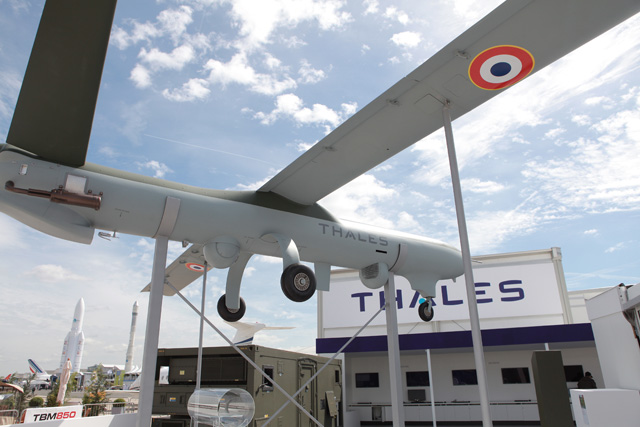 Poland is also looking for a tactical UAV, and it is understood that there is a requirement to arm the selected variant.

Thales is supposedly offering the WK450 with its freefall lightweight multirole missile – four of which could be carried on four hardpoints – and Palmer says a Polish delegation visited the UK in October 2014 to observe the Watchkeeper.

Warsaw wants to acquire 12 tactical UAVs through its “Orlik” (Eaglet) programme acquisition, with aircraft to be delivered by 2022.

Thales is also eyeing civil applications for the Watchkeeper design – the system was the first UAV to be certificated by the Military Aviation Authority to the same standard as a manned aircraft, and so can be controlled by civil air traffic control.

Scenarios – such as a manned aircraft flying towards a UAV – have tested the boundaries of unmanned flight within the current ATM system, to serve as a de-risking trial for future operations.

As an extension of this, Thales is to carry out live testing in autumn 2015 with the Watchkeeper flying out of Parc Aberporth in Wales – where it has routinely been flown and tested – into national airspace over Cardiff, Nick Miller, business director UAV systems at Thales UK tells Flight International.

The UAV has an identification friend or foe (IFF) system on board that will alert controllers to its presence, and will be controlled by ATC during the testing. The trial is expected to demonstrate a handover between different ATC stations.

It will also fly out of datalink range, so will rely on ATC for control – the first time military ATC has passed over to NATS control, Miller says.

Another effort Thales is involved in is the UK’s Autonomous Systems Technology Related Airborne Evaluation and Assessment (ASTRAEA) programme. The industry-led project aims to develop technology and regulations for the routine operation of UAVs in all types of airspace, including open class G.

ASTRAEA is entering phase 3B, and the team behind it is bidding to the UK government for continued funding. Phase 3B follows the regulatory-centred 3A phase, and like 3A will be part-funded by the industry team involved.

Thales is involved with developing sense and avoid technology for ASTRAEA, which is a clean sheet design. The company’s participation in 3B will involve testing such technology on a UAV, Miller says.

The company is also embarking on the development of counter-unmanned air vehicle systems by adopting sensor technology it has already developed to prevent malicious systems from flying near critical infrastructure.

A range of engagement options are being considered by the company, including kinetic effects, electromagnetic pulsing, jamming and hijacking

Looking forward, Thales’ work on FCAS allows the company to venture into what some believe will be the future of combat aircraft – unmanned combat air vehicles.

The French manufacturer is also involved in the pan-European Neuron UCAV effort, testing of which is currently under way in Italy.

Following 100 test flights carried out by Dassault Aviation in France, during which the sensor, datalink and stealth characteristics of the demonstrator were tested, responsibility for the six-nation Neuron aircraft has been transferred to Alenia Aermacchi, ahead of a follow-up test phase by Saab in Sweden. 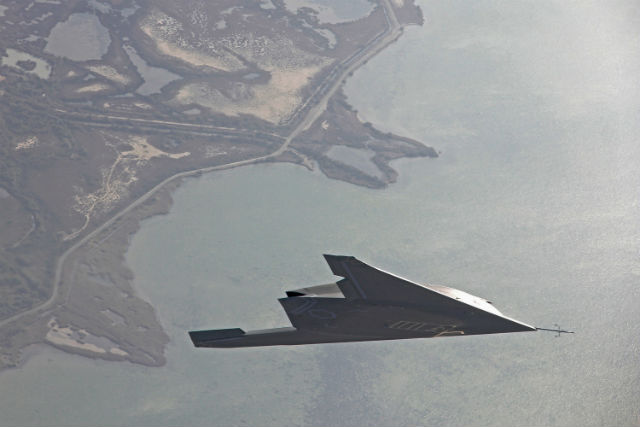