ANALYSIS: The impact of DC-10 and MD-11 on aviation

All journeys on a passenger jet these days will be on a type that has two, or occasionally four, engines. This year marked the end of the era of the three-engine airliner and, with it, the presence in the flight schedules of a once powerful manufacturer. In a remarkable coincidence, the final scheduled passenger services of both the McDonnell Douglas DC-10 and its successor, the MD-11, took place in 2014, with Biman Bangladesh and KLM, respectively, retiring their last examples.

The trijet had its origins in 1966, when a tender from American Airlines pitted the Californian airframer against Lockheed for the creation of a new widebody jet. The carrier required an aircraft that was smaller than the Boeing 747 but could still operate long haul from shorter runways. Both manufacturers developed aircraft that seated up to 400 passengers, with the engines configured in the same way, with one under each wing while a third was mounted in the tail. 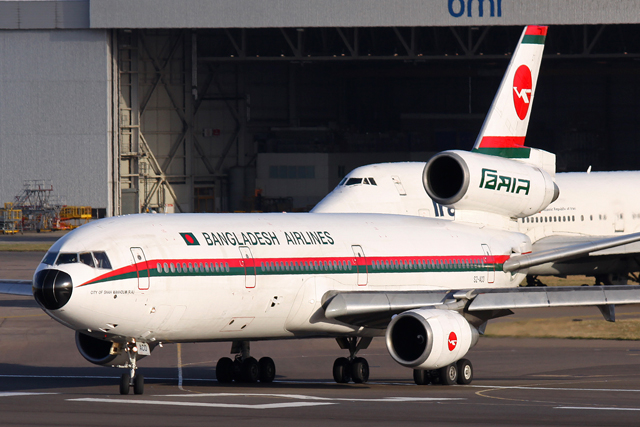 The Lockheed L1011 TriStar, the DC-10 and the MD-11, are the only three widebodies with three engines. Similar sized widebodies developed since have needed just two, as engine performance has improved to give higher thrust ratings. McDonnell Douglas not only pipped Lockheed to the American order, but the DC-10 also beat the TriStar into service, with American and United Airlines operating the aircraft from August 1971.

Chris Seymour, head of market analysis at Flightglobal’s Ascend consultancy, believes the DC-10 enjoyed the better reception because it was more suited to the needs of the industry at the time. “It found a ready market for airlines wanting a smaller aircraft to complement the 747 or where the DC-10 was a better sized replacement for their DC-8s or 707s. It outsold its rival L1011 TriStar by almost two to one,” he says.

However, the early years in service of the trijet were troubled. A malfunction in the design of a new cargo door mechanism (which opened outwards to free more hold space) resulted in two major accidents when the door opened mid-flight. Changes were made to the design following a Federal Aviation Administration airworthiness directive. The crash of American 191 (where the number one engine separated from the wing) resulted in the grounding of all DC-10s for a few weeks in 1979.

Although several other high-profile accidents during the 1970s and 1980s continued to mar the type’s reputation, the DC-10 achieved good sales. Of the 446 examples built, 374 were originally passenger, combi or quick-change aircraft, equating to 84% of the total production run. Of these, 236 (53%) continued as passenger or quick-change variants until their operational lives ended, one way or another.

As McDonnell Douglas looked to create the next generation of widebody, it settled on a strategy of refining and evolving the DC-10 into a new aircraft. It was a process that began in 1976 long before the final DC-10 was produced in 1989. After a number of potential designs were conceived over several years – and with the development programme coming to a halt twice – in 1986, the MD-11 was launched.

The new, larger aircraft featured a fuselage stretched by 5.66m (18ft 6in), and – following research conducted with NASA into wing technology – the MD-11 became the first commercial airliner to be equipped with winglets, an innovation that has been used on many types since. An advanced glass cockpit was also installed that required only two flightcrew to operate, removing the requirement for the DC-10’s flight engineer.

Initially, prospects for the new-generation type appeared strong, with a healthy number of orders and options placed at the time of launch for both passenger and cargo variants. But once the first examples had been delivered, it transpired that the aircraft was not reaching its projected range and fuel burn targets. McDonnell Douglas attempted to address these issues with a package of improvements designed to reduce drag and increase range.

However, these efforts were not enough to prevent some operators losing faith in the type, with the biggest blow coming from Singapore Airlines, which in August 1991 cancelled its order for up to 20 aircraft. While its record was better than its predecessor’s, the MD-11 suffered some blemishes to its safety record. Two of the nine examples written off over time were passenger aircraft, the worst case being that of Swissair 111 in 1998 where all 229 occupants perished.

Seymour maintains that the MD-11 was never able to replicate the success of its predecessor. “Early shortfalls in its payload range targets and intense competition from the all-new Airbus A340 and Boeing 777-200ER impacted its passenger market and led to only nine years of deliveries. Cargo conversions began a mere five years after service entry. It has, however, fared better as a freighter, with some 53 new deliveries and 121 full conversions – almost the entire passenger fleet,” he says. 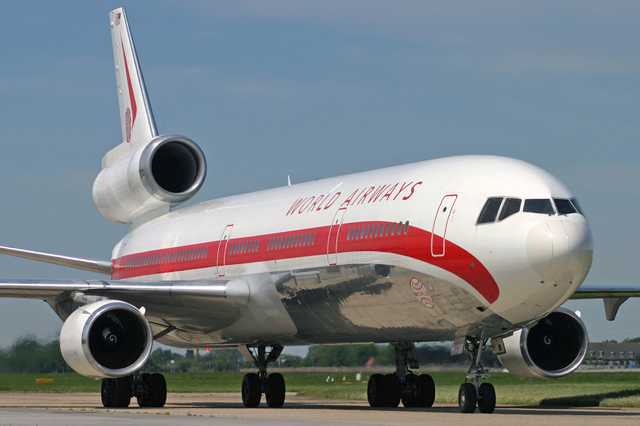 Ultimately, 200 MD-11s were produced, with 144 beginning life as passenger, combi or quick-change aircraft. Only 18 have survived their operational lives as passenger jets, just 9% of the production run. However, cargo variants of both types remain in service. The DC-10’s longevity has been helped by the MD-10 conversion programme, where, among other changes, cockpit systems were upgraded with the same equipment as the MD-11’s flightdeck, allowing for crew commonality on both types.

This has been of major benefit to FedEx, as the largest operator, with 61 MD-10Fs currently in service. Its large fleet of 60 MD-11Fs will also continue to operate for several more years. Indeed, all 10 of KLM’s passenger MD-11s are being scrapped for spares, helping to keep the remaining cargo aircraft in the air. But even at FedEx, both types are gradually diminishing in number, as MD-10Fs are replaced with Boeing 767-300ERFs, and MD-11Fs with Boeing 777-200LRFs.

While the DC-10 and MD-11 have both suffered from various negative factors, the significance of both aircraft should not be underestimated. Ascend’s head of advisory, Rob Morris, estimates that approximately 2.7 billion people have flown on passenger examples of both types over the past 43 years. Although they will leave mixed feelings in the minds of many, there is no doubt that these iconic aircraft have been instrumental in helping develop long-haul air travel.