A memorable scene from the 1967 coming-of-age cinema classic, The Graduate, has Benjamin Braddock – played by a fresh-faced Dustin Hoffman – taken aside for “one word” in private by a middle-aged guest at a party thrown by his parents to mark the eponymous university graduation. That one word, of course, is “plastics”.

“There’s a great future in plastics…” – Mr McGuire puts a finger to his lips – “…enough said. That’s a deal.”

In 2019, that word might be “electricity”. But nobody today is slipping out of the room for a quiet word about electric technology, at least when it comes to transportation. Electrification evangelists are loudly proclaiming their vision of a no- or low-pollution future of safe and convenient mobility on demand – which will, of course, only be realised if consumers, investors, politicians and regulators buy into the vision and support the revolution. Tesla cars boss Elon Musk is the most famous, but aviation has more than its share of electrification aspirants; start-up and established companies working on electric air taxi or regional aircraft projects number in the dozens.

Whether on the ground or above it, the advantages of electric propulsion over traditional internal combustion engines are alluring, and were well spelled out in London at the 11-12 March Revolution.Aero Europe conference. The event was an engaging mix of TED talk-style presentations and panel discussions with much focus on the question of how business and personal aviation might be transformed by a new generation of electrified aircraft.

Up first and setting the tone was Paul Touw, a Silicon Valley “entrepreneur and investor”, well known in business aviation for founding the XOJET online charter brokerage and, more recently, the Stellar Labs scheduling and analytics service.

Touw must be taken seriously – and he is seriously convinced that the future of regional air travel, and mobility in extended urban areas, will come with electric air taxis. These “taxis”, he believes, will be “eVTOLs” – the electric vertical take-off and landing craft, often resembling large quadcopter drones, that are being worked on by many of the start-ups pushing electrification.

His logic, familiar to electrification advocates, is compelling. While jet-A fuel may have 40 times the energy density of any batteries today, the jet engine converts less than a quarter of that energy to forward movement; the rest is wasted as noise and heat. Meanwhile, electric motors are smaller, lightweight, vastly more efficient, low maintenance and zero emission.

The eVTOL arrangement trumps all others, says Touw, because designs are quieter than helicopters and it is easy to distribute power to the various rotors. Moreover, compared to fixed-wing aircraft they require very little ground infrastructure at take-off and landing. He likes to compare Denver International airport to Grand Central Station in New York City; one handles 53 million passengers annually on a ground footprint of 33,000 acres (130,000 km2) – and the other handles 270 million passengers on less than 50 acres.

Given the ongoing and dramatic improvement in battery performance, he is convinced it is “not unreasonable” to go from today’s small drones to eVTOL air taxis carrying a few passengers to “bus sized” craft in 10-15 years. Touw believes these bus-sized eVTOL vehicles will open the way to mass production and their economical use by large numbers of people. With eVTOL speed and efficiency, people will finally be freed from the need to live within road or rail commuting distance of city centres, and disrupting the trend towards ever-greater urban density will, says Touw, be a greater benefit than even the emissions reduction of electrification.

Where rail operates along straight lines, eVTOL platforms would support a transport network with no infrastructure along the route. Touw showed a map of California overlaid with networked routes comfortably handled by 300nm (555km)-range eVTOL designs – joining up everywhere between greater San Francisco and greater Los Angeles.

Ultimately, like Musk, Touw believes that because eVTOL systems will be easier than traditional aircraft to fly and control, they lend themselves to the autonomous operation. This is necessary to support the co-ordination required if hundreds or thousands of flying vehicles are to share the same airspace.

Touw was neatly seconded later in the day by Omer Bar-Yohay, founder and chief executive of Eviation Aircraft, whose nine-passenger, 650-mile (1,000km)-range "Alice Commuter" regional concept will be shown at the Paris air show in June: "Electrified is the way aircraft should be."

With this emerging, disruptive technology, says Touw, short-range transport will be “revolutionised”. 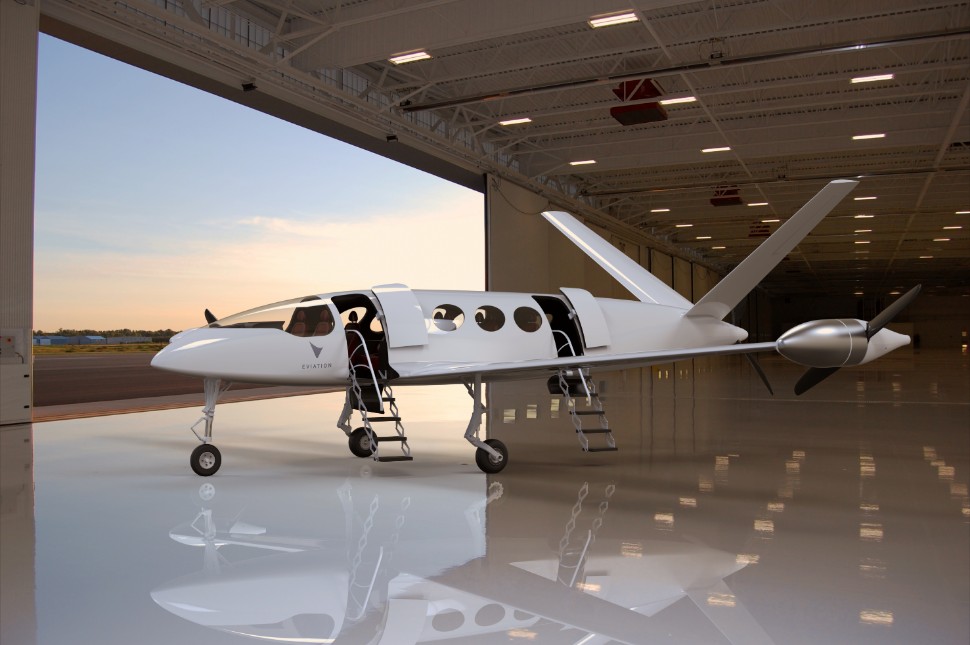 If Touw left audience members feeling like they should invest all their savings in eVTOL projects, subsequent panel discussions let some of the air out of that balloon. Patrick Margetson-Rushmore, chief executive of business jet operator Luxaviation, questions the notion that electrification and eVTOL products will really be able to bring prices down by bringing mass-production economies of scale to aviation. Everybody, he observes, wants to travel at the same time – rush hours – so how will an eVTOL system have the capacity to handle peak-time demand and maintain, the smooth round-the-clock operations that eliminate the huge cost of dead time?

Gillian Hayes, who heads the AVIAA aircraft purchasing organisation, raises a security concern: an eVTOL system, she says, is hackable.

Arnaud Didey is the founder of Neoptera Aero, which is developing a tail-sitting eVTOL for public services and commercial air transportation. If nothing else, he imagines a long timeframe to develop the sort of eVTOL system envisioned by Touw – mainly because it will be difficult to operate together with current aircraft, before eVTOL systems can become autonomous.

Didey also sees a “huge” ground infrastructure challenge in any eVTOL system. These hundreds or thousands of aircraft may have a smaller footprint than helicopters, but they will still have to be stored somewhere – at night, or when the weather forbids flying. Moreover, he notes, it will be very difficult to find sites for the “vertiports” needed at either end of a flight path. Even in California – where the weather is benign – it is very slow to get planning permission for such facilities. 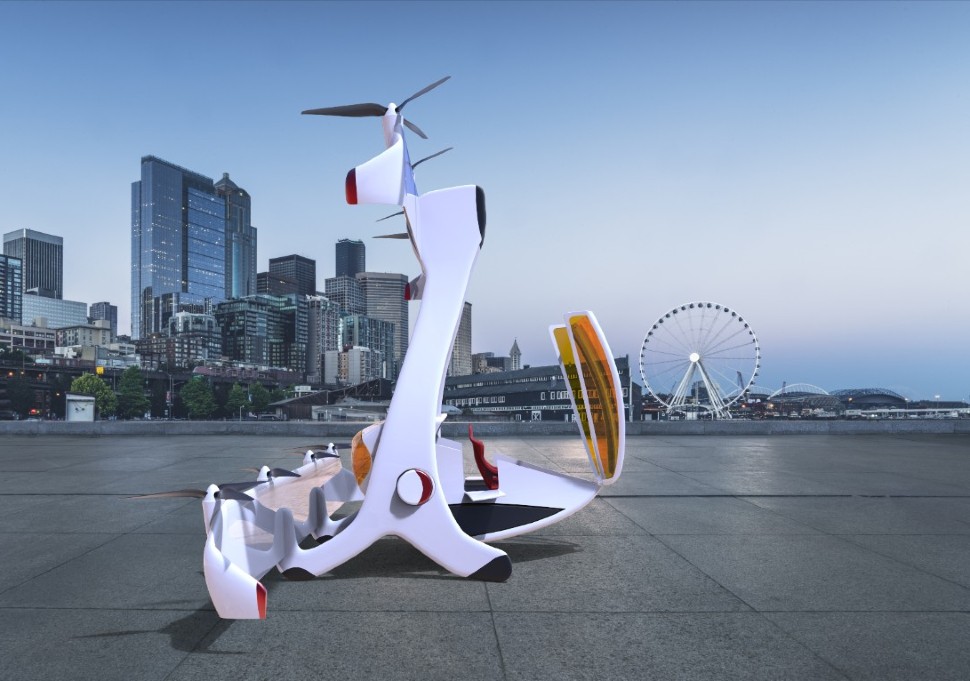 Rooftop vertiports may be operationally feasible, but Didey reckons they are not an option. While battery energy density may one day support pure-electric flight, today any practical answer lies in hybrid systems – and these need fuel, which cannot be stored on rooftops.

He adds that eVTOL designs also do nothing to resolve the so-called “last mile” problem associated with any public transport scheme, leaving big problems with ground traffic congestion around vertiports. Other concerns raised are noise in urban areas – eVTOL systems will be much quieter than helicopters, but still make a din overhead – and safety. Could public aversion to noise from overhead flight be a show-stopper? The engineers may not have an answer: as Lawrence Blakeley of UK eVTOL developer Vertical Aerospace puts it: "I don't know how we solve that."

But the biggest stumbling block remains the old bugbear of all electric vehicles: power. Rolls-Royce’s head of future aircraft propositions, Giulio Zamboni, sees electrification as a disruptor in regional transport – but in hybrid designs, not pure electrics. If electric power can increase lift, he says, hybrid aircraft will need shorter runways. Alongside its headline UltraFan next-generation gas turbine programme, R-R is developing hybrid concepts for personal transport (involving one to four passengers), alternative helicopters (four to 20) and regional aircraft (20 to 100).

So, battery and motor improvements aside, pure electric flight as a viable commercial proposition may not be coming soon. As Blakeley – who heads electrical, mechanical and hydraulic systems for Vertical Aerospace and is a veteran of electrical systems design for the Airbus A350, A400M and others – observes: "We are waiting for the revolutionary battery that will let us fly 300 miles." 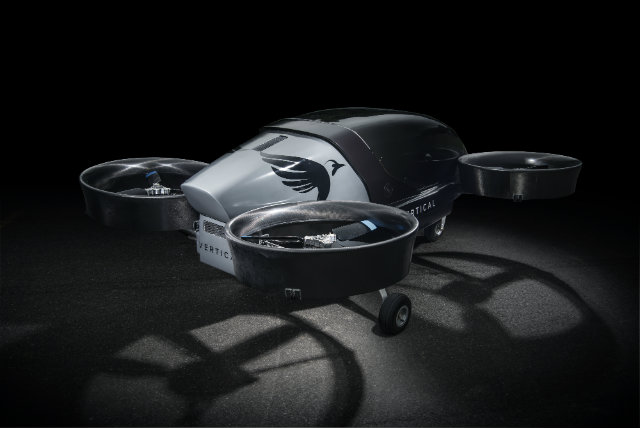