Production of the F-35 Lightning II is on course to make its latest rate rise this year, after Lockheed Martin met its contractual target to deliver 91 of the fifth-generation fighter during 2018.

Detailing last year's delivery total, Lockheed says a combined 54 aircraft were handed over to the US Air Force, US Marine Corps and US Navy, while 21 went to partner nations. The remaining 16 were shipped to Foreign Military Sales (FMS) programme customers.

Lockheed has hailed its achievement of the 2018 delivery target as "demonstrating the F-35 enterprise's ability to ramp up to full-rate production". "Year-over-year, we have increased production, lowered costs, reduced build time, and improved quality and on-time deliveries," notes Greg Ulmer, the company's general manager of the F-35 programme. 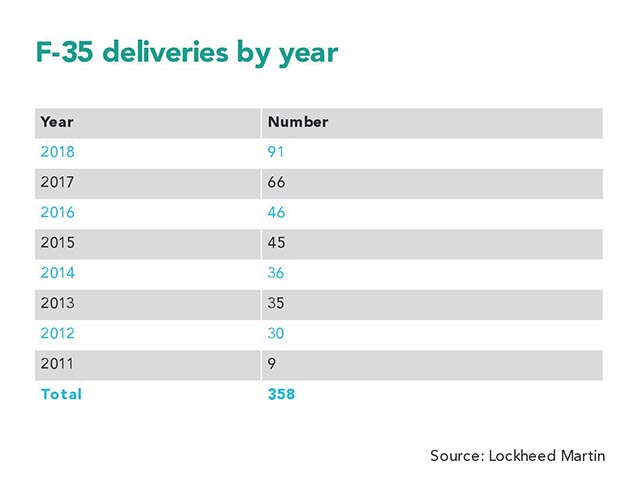 That optimism will face a stern test during 2019, however, with an expected 40% increase in output to see Lockheed hand over in excess of 130 units: a rise of at least 39 from last year and roughly double the volume transferred in 2017, when 66 examples were completed.

Flight Fleets Analyzer records a current active fleet of 352 F-35s, assigned to 10 nations. This total includes assets being used in support of initial operational test and evaluation, which are excluded from our annual World Air Forces directory listing. 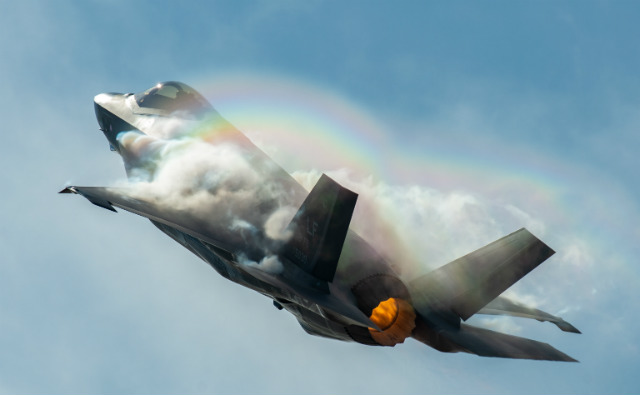 Our data shows that the US armed services account for 75% of the global F-35 fleet, with the USAF's inventory alone representing a 49% share. Between them, Australia, Israel, Italy, Japan, the Netherlands, Norway, South Korea, Turkey and the UK have received 88 F-35s. The leading international users so far are the UK (17), Norway (16) and Israel (14).

Lockheed uses a further 13 test airframes in support of the programme: five short take-off and vertical landing (STOVL) examples, and four each in the conventional take-off and landing and carrier variant models. 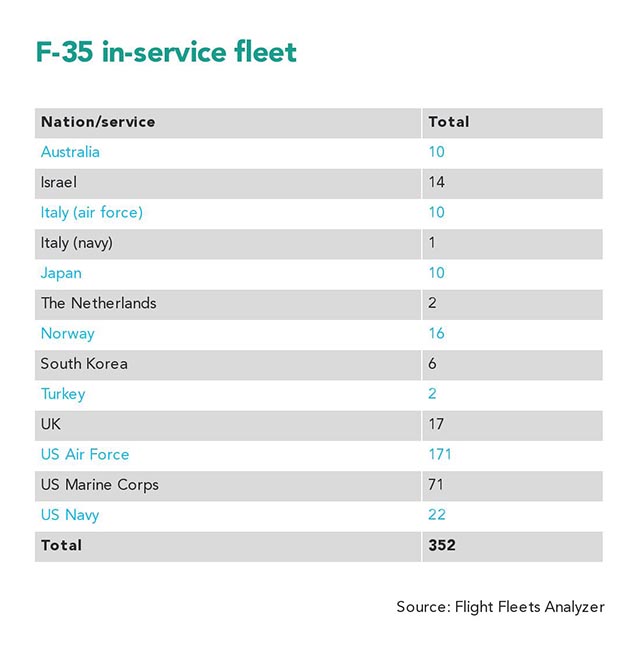 Notable milestones for the programme last year included the completion of its 11-year-long system development and demonstration phase, during which some 9,200 sorties were flown, totalling some 17,000 flight hours.

Production deliveries passed the 300 mark in mid-year and the annual target was met despite the USAF briefly suspending its acceptance of new jets while a contractual dispute was resolved over repairing an exterior panel corrosion issue. The Italian navy, meanwhile, took delivery of its first F-35B from a final assembly and check-out line at Cameri air base (below). 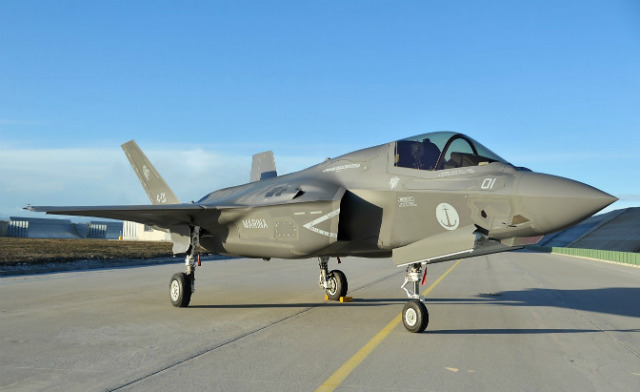 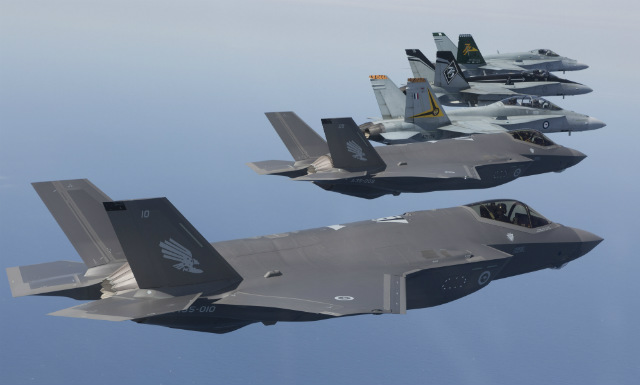 Some gloss was removed from these successes, however, when the USMC lost an F-35B during a training flight staged from MCAS Beaufort, in South Carolina - the first crash involving a Lighting II.

Another cause of programme headwinds stemmed from strained relations between the USA and international partner Turkey, which could see Washington DC block the transfer of F-35As to the nation over its planned purchase of advanced surface-to-air missile systems from Russia. Training is, however, still being provided to Turkish pilots and maintainers at Luke AFB, in Arizona.

Regarding future business prospects, Belgium has commenced discussions linked to a potential acquisition of 34 F-35As, having selected the type instead of the Eurofighter Typhoon. The Netherlands is eyeing an increased acquisition, which would boost its eventual fleet size by 15 aircraft, to 52. Japan, meanwhile, has indicated that it could purchase up to another 105 F-35s to meet its future fighter requirements, on top of the 42 to which it has already committed.

Lockheed also appears to be edging closer to agreeing a multi-year contract arrangement with the US Department of Defense, which would support a key programme objective on price reduction. The unit cost for an F-35A in the most recent round of production was $89.2 million, and the company says the programme is "on track to deliver an $80 million" aircraft during lot 14 of low-rate initial production during 2020. 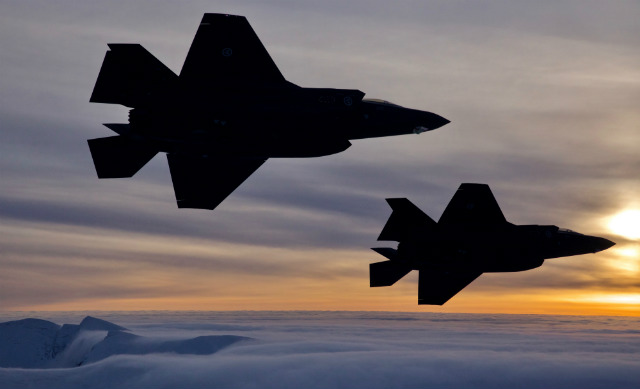 Worth an estimated $22.7 billion, a multi-year deal covering 255 aircraft is now being discussed with the DoD. This proposed total would include 106 for the US services, plus 89 for international partners and 60 for FMS buyers.