Airbus’s intense production activity in the final month of 2018 included handing over 14 aircraft on the last day of the year in order to achieve, just barely, its revised target of 800 deliveries.

Over the course of 2018 the airframer delivered a total of 780 aircraft from its own production lines plus 20 A220s from the former Bombardier CSeries assembly lines it acquired last July.

Airbus delivered aircraft on 23 of the 31 days in December, including five on which it handed over more than 10 aircraft in a single day. Forty-one aircraft were delivered in the third week. 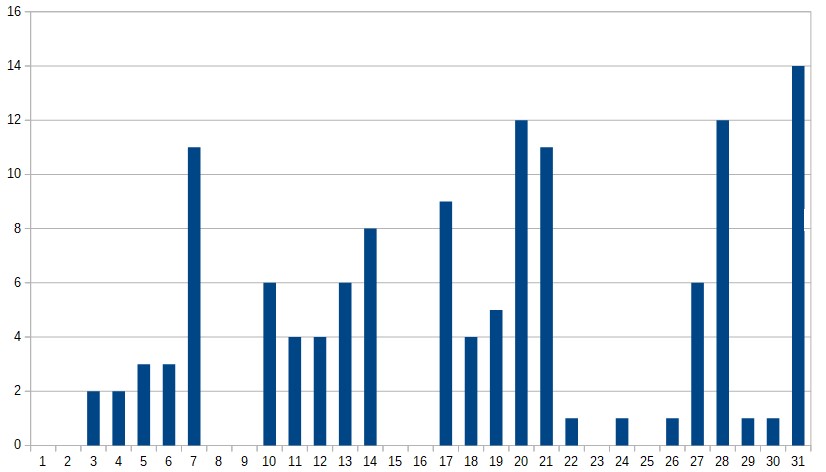 On 31 December, final day of the year and the busiest of the month, the airframer delivered 14 aircraft.

Airbus’s push to reach the 800-aircraft target for the year, which had originally not included the A220, meant delivering 127 aircraft in December.

The total of 127, curiously, matched the number Airbus managed to deliver in December 2017, a year in which it handed over 718 aircraft, and without the benefit of the A220 programme.

Pressure on Airbus to meet its forecast 2018 output had increased over the year as it was forced to cope with engine supply problems, for both its A320neo and A330neo programmes, and a heavy backlog of undelivered aircraft.

As a result some 62% of its overall deliveries were made in the second half of 2018, and 37% in the last quarter. Prior to December the busiest months had been November, with 89 deliveries, and October with 81.