Arriving at the charity’s Jandakot base in the southern suburbs of Perth on 3 December, it completed a delivery flight from the manufacturer's facility in Stans, Switzerland, via the Middle East, India and Singapore, before touching down in Broome on 2 December, ahead of the final leg the day after. 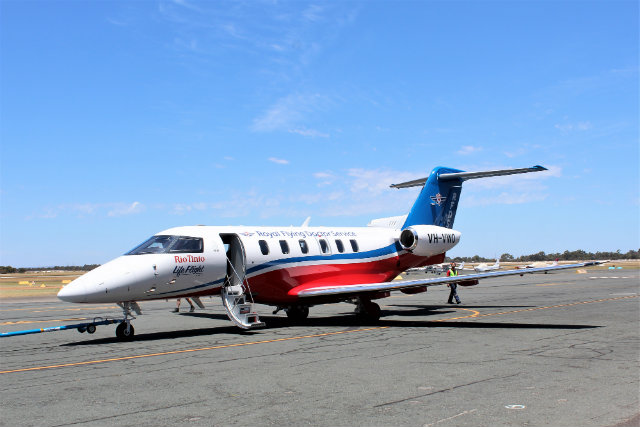 The new jet will replace a midsize Hawker 800XP, that has been operating as the only dedicated jet medevac aircraft in Western Australia since 2009. It will also complement the RFDS fleet of 16 PC-12 single-engined turboprops, which will continue to be the service's workhorses.

"The technology on board this aircraft, the fact that she can take three stretchers instead of two on the PC-12s, and two medical teams instead of one, really will enhance and save lives within Western Australia."

As a dedicated medevac platform, the PC-24 has been fitted with a customised interior developed by Aerolite, featuring medical equipment and an electric stretcher loading system that makes it easier to move patients in and out of the aircraft's rear cargo door.

Western Operations will take delivery of a second PC-24 in January, which will be based at Broome in the state's north, giving both jets the ability to respond to urgent medevac requests across the territory more quickly than with its PC-12s.

Nonetheless, Tomkins says that the turboprops will continue to play a key role in its operations. In Western Australia, its PC-12s are spread out across bases in Jandakot, Broome, Kalgoorlie, Meekatharra and Port Hedland.

In addition to the two aircraft based in Western Australia, a third PC-24 will be operated by RFDS Central Operations, providing medevac capabilities across South Australia and the Northern Territory.

Founded in 1928, the RFDS plays a key role in providing urgent medical care to millions of Australians in regional and remote areas, most visibly through its medevac services. While many of those are into airports, some missions involve landing on rough airstrips and even roads in some cases, making it a unique operating environment.

In addition to those services, the charity also provides medical and dental clinics in remote areas, and round-the-clock telephone medical support services. 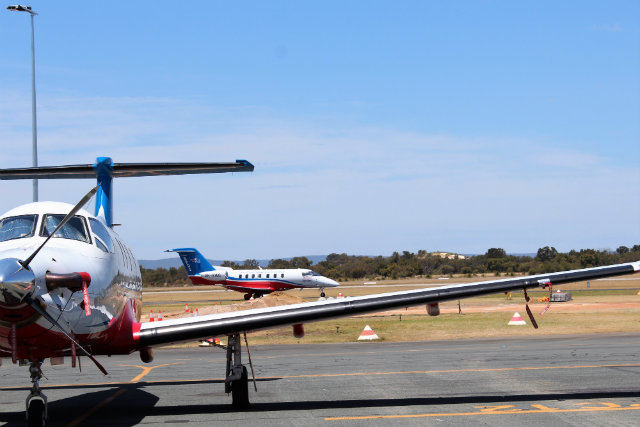 It has been a long path for the RFDS to take delivery of the PC-24, which was originally expected to enter service in 2017.

But Albin Unger, chief pilot for Western Operations, says there are a few more milestones to hit before the jet can enter service, which is expected to occur in January. A key one is securing a new air operator certificate (AOC) for the type, which, until that is granted, will see the PC-24 fly under a private category operation.

Nonetheless, Unger says that the service will focus on getting its pilots up to speed with the new aircraft.

"We’ve still got to do all our pilots' line training, and just some general handling because they've only flown in the sim lab," he tells FlightGlobal.

Unger flew the aircraft on its ferry flight from Stans and says that compared with his previous experience in the simulator, its handling characteristics are "probably better than expected".

"It's actually a very simple aircraft to operate, once you understand the philosophy behind it. It's a dream to fly, it really is," he adds.

Once the AOC is granted, it will then be a gradual path to opening up the PC-24's full capabilities, some of which will rely on supplemental type certificates that are under development.

"At the moment, we want to make sure that she is operated so we understand her, see what she works like, and then once we know how she handles the environment in Western Australia, we can start pushing it out further," says Unger.

By the end of the year, a gravel kit modification is expected to be available via a supplemental type certificate. Unger adds that Pilatus is also working on a narrow runway supplement, which would allow it to operate on runways as narrow as 18m (59ft), compared with the 23m minimum requirement it now has.

That narrow supplement, combined with the field performance of the jet, will allow it to operate into most airstrips around the state.

"This thing will take off and land in less than 1,200m, so it's a pretty outstanding performance," says Unger.