​ANALYSIS: Silkair gets big upgrade – at the cost of its brand

The decision of Singapore Airlines to absorb its regional Silkair unit into the main brand SIA will make the group more efficient, and is a key step in streamlining SIA’s structure.

The announcement came on a Friday morning just 12 hours after the group released its earnings for the 2017/2018 financial year ended 31 March. While results at the mainline carrier SIA were excellent, with operational profits leaping over 80% to S$703 million ($524 million), things at Silkair were decidedly less rosy.

While it generated an operating profit of S$43 million, this was a sharp decline from the S$101 million profit a year earlier. Of all SIA Group units – the parent airline, Silkair, Scoot, SIA Cargo, and SIA Engineering – it was the only one to see operational profits drop during the 12-month period.

In a scrum of reporters after SIA’s Friday morning results briefing, chief executive Goh Choon Phong was asked about the unit’s viability in the face of intense low-cost carrier competition in Southeast Asia.

“Silkair has a role on certain routes, but on many, especially secondary routes, you can imagine [there is greater price pressure] and therefore Scoot is a better vehicle…the reason Silkair's yield has come down is because they have discounted in order to get the loads.” 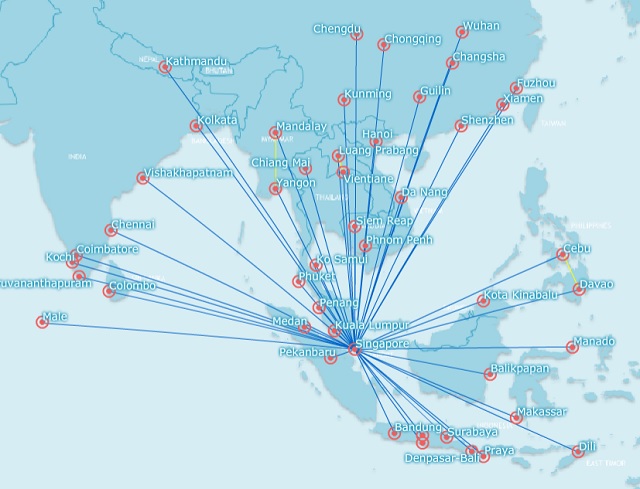 While Silkair, which operates 34 narrowbodies, offers a conventional full-service product that is superior to that of the region’s low-cost rivals, it is not in the same league as SIA. While it provides meals, free drinks, and a limited in-flight entertainment system through passengers’ devices, it offers no seatback in-flight entertainment system. This despite the fact that most of its capacity and network growth in the last five years has been to medium-haul destinations.

In response to competition and price sensitivity among customers, Silkair has shifted some shorter-haul, lower-yielding routes to its low-cost Scoot stablemate. In January, it announced that it will transfer Kalibo, Langkawi, and Pekanbaru to Scoot.

Goh suggested that the decision to move forward with the merger has as much to do with technology as with the business challenges facing Silkair.

“One reason why we have decided at this point in time to [conduct the merger] is because we’re seeing the availability of lie-flat seats that are much more space efficient in the market. Therefore, we are able to make use of that availability to do the configuration without having to compromise too much in the reduction of number of seats, so that’s one particular reason why we’re doing so.”

In addition to lie-flat seats in business class, the merged unit will have seatback IFE. Installing the new cabin products is the main reason why the merger will only take full form sometime after 2020. The project will involve spending S$100 million to retrofit existing aircraft.

“We first want to focus on getting Silkair’s service and product offering to be closer to that of SIA,” says Goh. “That involves retrofitting with new business class products, which is the lie-flat we mentioned and also putting in place the in-flight entertainment systems. That takes time, particularly the availability of seats for narrowbody lie-flat products.”

He adds that all of Silkair’s jets are likely to have lie-flat seats, as opposed to operating a sub fleet with a special interior. 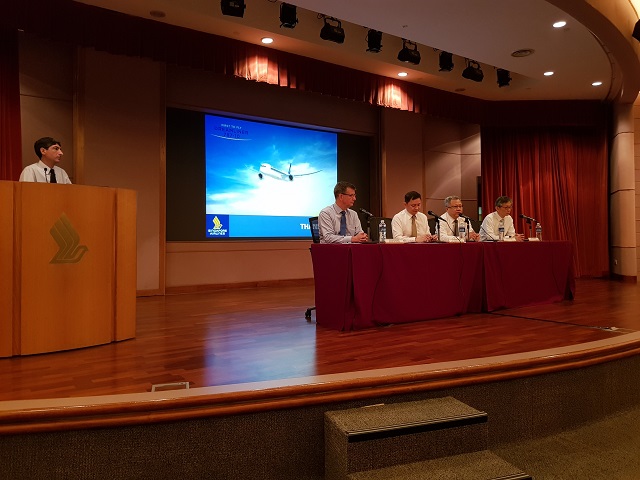 The merger will only take place after a “sufficient number” of aircraft are equipped with the new product. When pressed on how many aircraft is “sufficient,” Goh said that this has yet to be decided.

He did not rule out that possibility that Silkair may convert some of its Max 8s to larger variants of the aircraft, the Max 9 or Max 10.

Another rationale for the merger, said Goh, is that the Silkair brand, while well-known regionally, is virtually unknown in far-flung markets such as Europe and North America. The merger will help with marketing both the SIA brand and network. SIA does not publish specific numbers on the number of transfer passengers between SIA and Silkair, but says "about 40%" of Silkair passengers are connecting passengers on SIA.

“[The merger] is positive and long overdue,” says Corrine Png of consultancy Crucial Perspective. “Silkair is in no-man’s land – it has a high cost structure and yet its product and service level are inferior to SIA’s. It also faces significant competition from low-cost carriers in the region. Streamlining the SIA Group into two brands – one for the premium travel and one for the budget travel market – makes perfect sense, and greater revenue and cost synergies can be reaped from the integration of operations.”

SIA has experience in merging units. It successfully merged the former Tigerair into Scoot, creating a network carrier that competes in the region’s low-cost market – and which also codeshares extensively with SIA and Silkair. More recently, it reintegrated its SIA Cargo unit.

Silkair and SIA already codeshare across their networks, and their daily bank structure at Changi is optimised for the narrowbody operation to provide and collect feed from SIA’s widebody services.

In addition, there is significant integration behind the scenes.

Mak Swee Wah, who is SIA’s vice-president of commercial, and the chairman of Silkair, says that SIA and Silkair now share the same revenue management function. Most of Silkair’s finance function has been moved to SIA.

“In the coming months, in areas where there are synergies, for example, the head office commercial departments and divisions, the plan is to move them over so that both organisations can more effectively not just go to market, but also to derive the synergies,” says Mak. “Some of these functions will happen gradually over the coming one year or so, but the major change will only happen when the airlines are merged.”